The road to happiness… and youth, I guess!

I was living a relatively unexciting life before I started blogging. I’m talking about 2007 and the years before it. My life was peaceful and ordinary. I go to the office, take my kids to and from school, go out with friends once in a while, watch anime, play video games, travel for family vacations…

In 2008 my sister-in-law introduced me to the world of contests and promos. It was fun. We’d look for things to join in magazines, newspapers, the TV, and the internet. Not too many people were into it that time. We won a lot of prizes. I ended up writing for several magazines because the sleeping writer in me woke up.

In 2009 I started blogging, mainly because I enjoyed writing and I wanted to do it more. It was pretty directionless. I would write about whatever came to mind — my daughter’s stint at modeling for Summit Media’s Disney Princess Magazine, a movie premiere I watched (not from blogging), something I bought, a place I visited… eventually it evolved as I zeroed in on the things that really interested me.

I was surprised when I first found out there was an entire community of bloggers and that there were events and happenings, I thought blogging was a hobby for most. In the years that followed I met a lot of people, stumbled upon a lot of issues, ended up working with some brands… in short, my blog took over my life. It wasn’t just a hobby anymore. I even posted potentially destructive rants on a few occasions and looking back, I regret that I did. What happened then weren’t really anything THAT serious. I made a big deal out of them. As I posted in my FB status, I used to be kind of rant-y but as time passed I realized that most things are really not worth ranting about. Being chill about things is the best way to go about life in general. No wrinkles, no bad vibes. As my dad used to say (a lot to me esp since I had a relatively quick temper), “Relax ka lang.”

My blog was doing well. Readership climbed up, I don’t know how or why because when I go through my earlier posts I find them sucky and I’m tempted to delete them off the face of the web. I admit it got to my head. There was a time I felt I was special and above things. I was critical of everything and everyone. I got mixed up with some equally judgmental and negative elitists so it got worse. If there was anyone I had rubbed off wrongly back during those days, I’m truly sorry I didn’t know better and I’ve realized my mistakes.

The thing with negativity is it’s never good for everyone concerned, not even the source. It eats you up and leads you through to all the wrong paths. I’ve learned to take a step back and detach myself from things. There is nothing to be gained from nitpicking at every little thing that you think is wrong. Keywords: you think is wrong. Usually the actual case is, whatever it is doesn’t conform to your standards.

With these realizations I’ve learned to be more open, accepting, a lot less judgmental, and perhaps my most important takeaway is this: NEVER believe secondhand information. Hahaha, I’ve heard a lot of rumors and gossip involving myself and I’m surprised. Here’s an example: There are actually a few bloggers going around saying I got so-and-so banned from certain PR agencies. Wow. Am I really THAT powerful? I’m flattered they think so but sorry, no go. I don’t have any right or power to dictate to anyone who they should to invite to their events. Feel free to ask any agency who knows me.

Nowadays when I hear rumors or gossip (there are A LOT in the Pinoy blogosphere). I treat them as such, rumors and gossip. I let myself be the judge based on my own personal experiences. It’s always better to make friends than enemies and if you think you’re the bomb and you’re it (ikaw na!), there’s ALWAYS someone else above you and/or better than you. Always.

Life is a lot more pleasant for me now. The little things I used to see as issues no longer bother me and these days I find it easier to get along with all sorts of people. This is perhaps the best anti-aging tip I can give that is not skincare-related: Let it go. Most of the time, it’s your mind that causes problems. Like my good friend Marj said, kebs is the new happy and I agree completely.

A lot of people say I’m looking younger and younger. I’m a lot more chill about everything now. I don’t even shout as much anymore when dealing with my kids’ school work (actually I haven’t shouted in a long time, I used to do so all the time). I’ve learned to let it go because most of the time, the cliche is true, it’s all in your mind. 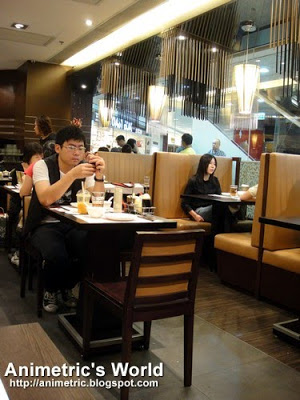