I don’t exaggerate when I say that I witnessed the future of home entertainment at the launch of Samsung Smart TV last April 18 at the NBC Tent. 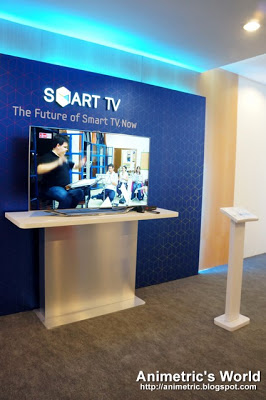 Why? Every electronics manufacturer claims to have launched the future of something with every new product it churns out. Not Samsung. Samsung actually delivers exactly what it promises. See how slim and incredibly clear the new Samsung Smart TV is in that photo above? Mount it on the wall and it’s even thinner than a painting or picture frame! 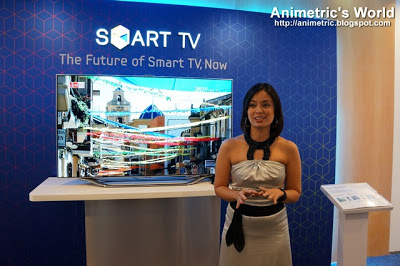 But the slimness and clarity are not even the most awe-inspiring features of the Samsung Smart TV. It possesses three very smart qualities: 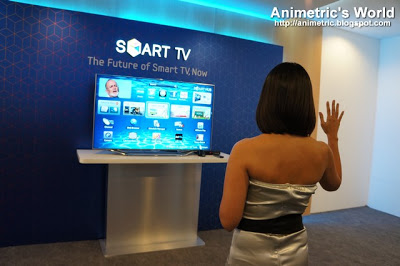 The voice control, motion control, and face recognition abilities of the TV were demonstrated to us live on site. 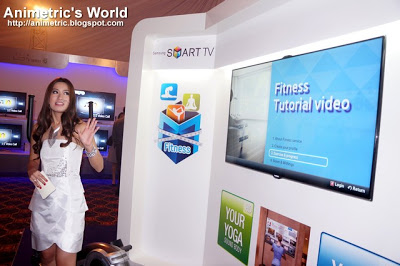 We were also shown samples of Smart Content. I particularly liked the fitness app. 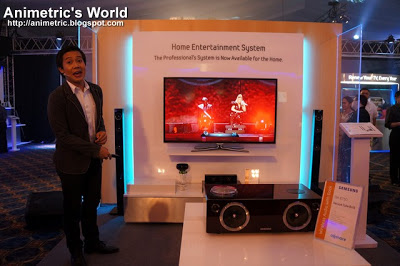 The Samsung Smart TV ES8000 is perfect for home entertainment too. It’s LED, not LCD, so it delivers clearer and crisper visuals. In fact the screen reminds me of the Super AMOLED screen of Samsung cellphones. 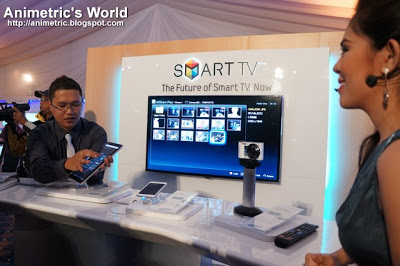 You can also sync your existing gadgets (tablets, cellphones, PCs, etc.) with the Samsung Smart TV. 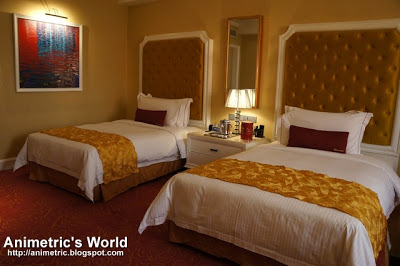 Anyhow, several days later I found myself booked at a suite in Maxims Hotel so that I could personally experience the Samsung Smart TV with my family. 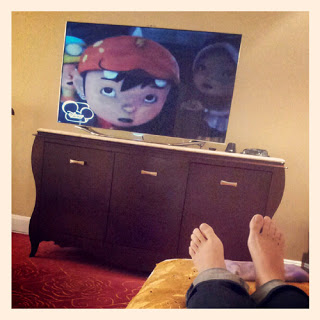 We checked in at around 3pm and pretty much spent the rest of the afternoon enjoying the Samsung Smart TV. 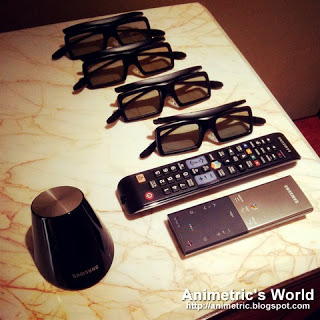 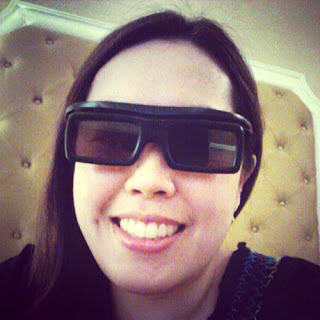 Although we didn’t have 3D movies on hand at Maxims Hotel, we were still able to watch in 3D because the TV can convert existing channels and videos into 3D. 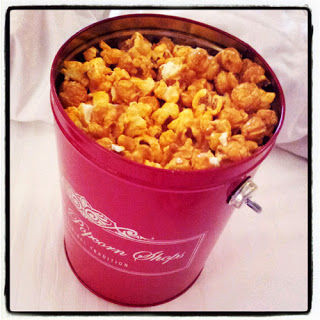 Samsung even provided the popcorn! Woot! 😀 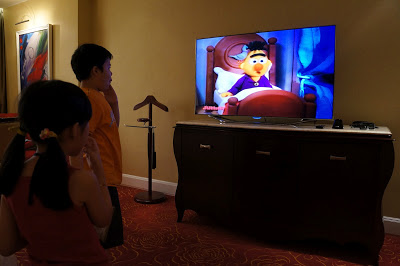 It was the first time my kids had ever seen such an innovative TV so they were really awed. Since the TV was connected to the internet, we could watch streaming videos too.
My daughter gives voice control a go by commanding the TV to change channels and turn up the volume in the short video clip above. You activate the voice control function by using the key words “Hi TV!”. 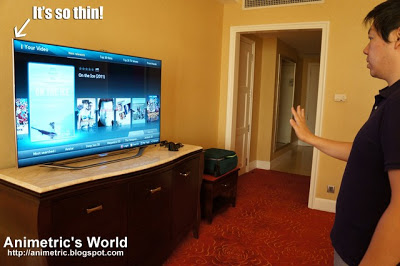 Meanwhile my hubby tried the motion control.
You can actually use your hand as a remote control and mouse at the same time. 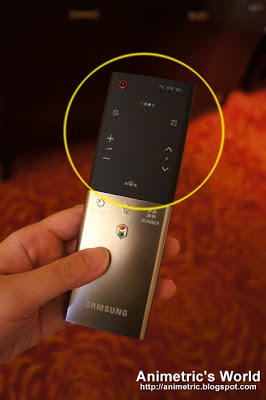 The Samsung Smart TV ES8000 comes with two kinds of remote controls — a conventional one with  numerical buttons and this simpler one wherein you can use the top part as a trackpad.

Apart from watching shows in 3D, controlling the TV via voice and motion, surfing the net, and getting lost in the wide world of apps, we were also able to sync hubby’s Samsung Galaxy Note to the Samsung Smart TV and use Samsung Swipe-It app for Android. Samsung Swipe-It is an easy-to-use photo and video sharing app which enabled you to show photos and videos in your cellphone on the TV just by swiping it with your finger.
The 55-inch Samsung Smart TV like the one that was installed in our room at Maxims retails for P279,000 while the 65-inch model is priced at P359,000. You can purchase/order the Samsung Smart TV ES8000 at Samsung stores and outlets. For more information, log on to http://www.samsung.com/ph/smarttv2012/
Like this post? Subscribe to this blog by clicking HERE.
Become a Facebook Fan for updates from Animetric’s World.
Like 1
Share: or Comment
Samsung Smart TV ES8000 reviewsamsung smart tv philippines 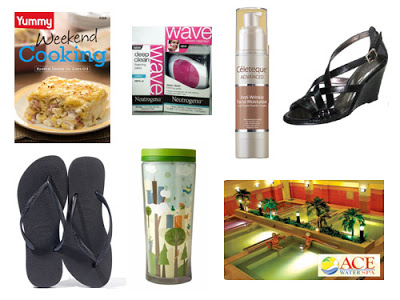 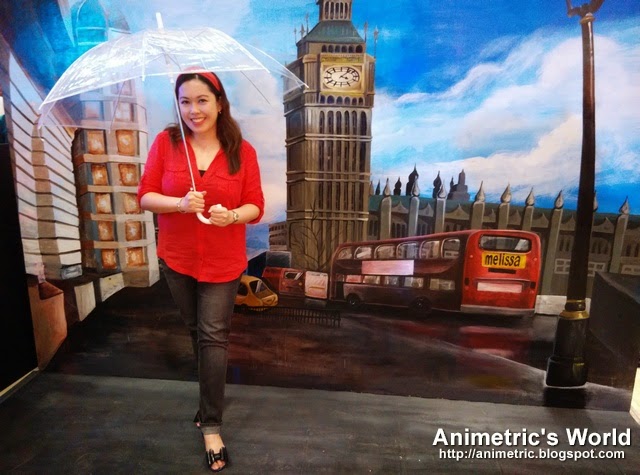