Open letter to the Pinoy Blogosphere

What a weekend! I woke up early today because we had to take my mom and stepdad to the airport so they can catch their flight to Taipei. 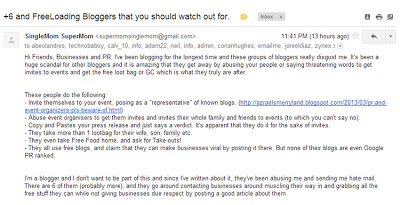 I was greeted by this email which was cc’d to me and like 500 other people ranging from bloggers, PR practitioners, digital marketers, and just about anyone who had any relation to the Pinoy Blogosphere. Someone under the alias of SingleMom SuperMom is raising a ruckus about allegedly freeloading bloggers who asked for +6 to an event. Click on the image above for a closer look. That’s just the first half of the email though. The second half has a list of names so I refrained from posting.

A lot of the people in the list were peeved that their email addresses were in public view and that some respondents would hit “reply to all”, spamming everyone on the list with continuous dialogue about this whole fiasco. Since I don’t want to spam everyone, I just decided to post my own thoughts about the matter here so people can choose whether to read or not.

In light of the mass mail that a lot of us received this morning, I’ve summarized my thoughts to a few points:

And that’s what I think. Till now I’m still getting spammed by people who are replying to that mass mail above. Let’s just try to enjoy what’s left of the weekend. 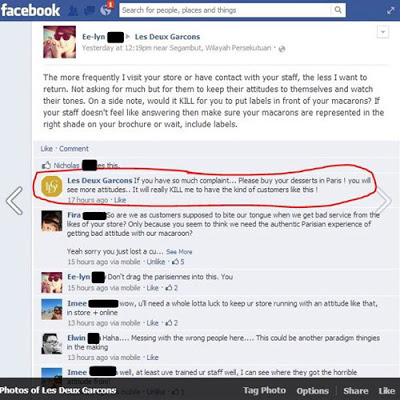 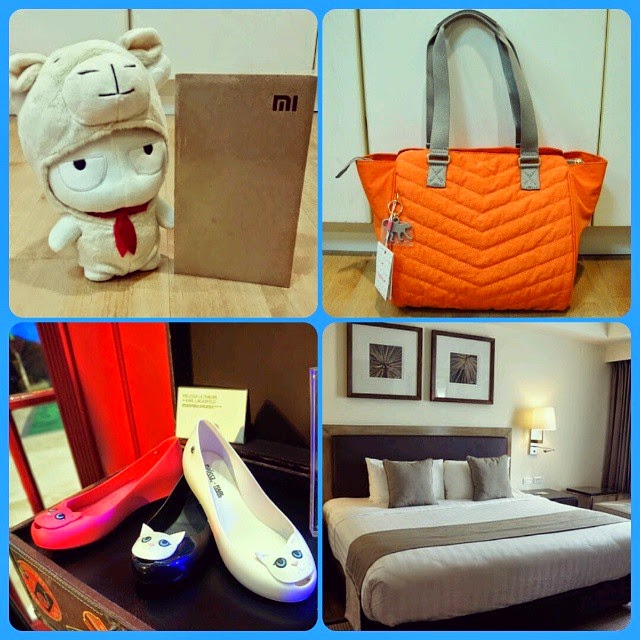 Much ado about prizes…