Last Wednesday, hubby and I were at Dakasi getting some drinks when I suddenly received a weird FB chat message from my sister’s account.

It started with “oi..”, which I found weird because my sister is younger than me and she has never ever addressed me as “oi” in any conversation before. I responded with “ya?” and the person proceeded to answer with “muztah?”. Now my sister and I both share a disdain for jejemons and everything related so I knew right away I was not chatting with her. I ceased responding and called her mobile phone. She wasn’t picking up. I proceeded to call her husband and he got in touch with her. We confirmed that it wasn’t her.
So anyhow, after getting our drinks hubby and I went back to the office and I called my sister’s house. She told me she didn’t have internet access so she couldn’t do anything to her FB account. I told her I could take over from the office and she agreed. When I logged in her FB account, I was aghast to find that all her details had been changed, including her birthday. There were also all sorts of lewd one-liners in her profile. Her status had been changed to divorced and so forth. 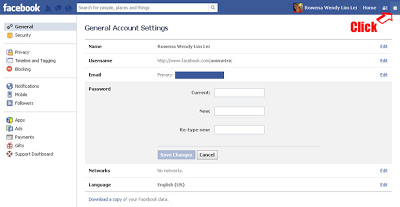 I knew I had to change her password and kick the hacker out. As I was hurriedly fumbling through her account, multiple chat windows were popping up. The hacker was conversing with her FB contacts who were online at the time. He was getting information from some people, insulting and name-calling others, and so forth. I could see what he was doing. I clicked the gear-shaped icon on the upper right hand corner so I could access her security settings. Then I changed her password. After changing, you are given the option to log out all other devices from the account except for the one you are using to change the password. I executed it and succeeded in kicking out the intruder.

I immediately posted a status update that her FB account had been hacked. The hacker simply initiated chats with too many people to go over individually. The hacker made a lot of profile changes and liked some unsavory things so I checked the activity log and reversed as much as I could. The only thing I couldn’t fix was the birthday because FB limits the frequency of changing birthdays. 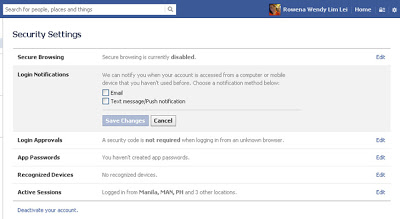 I have a friend whose FB account was hacked and it was used to chat with our other friends to ask for money. Another friend lost her FB account permanently when the hacker changed the password and proceeded to delete it. Facebook actually has customizable security settings which you can also access from clicking that gear-shaped icon. You can set it to notify you everytime anyone logs in from a computer or mobile device that you have never used before. I set mine before and once FB informed me that a device from Texas was trying to login my account. It then proceeded to ask me if I wanted to allow it. Of course I refused. 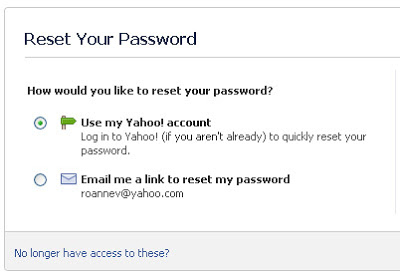 We are mystified as to how the hacker was able to break in my sister’s account. Her password was a random string of numbers that no one could’ve guessed. One possibility is claiming to have forgotten the password… but resetting would have denied me access as I still was able to use my sister’s original password. I don’t know the mechanics of hacking and so it could have been done by other means. Keeping your account safe starts with a strong password (no birthdays, anniversaries, stupid stuff like 1234567 or ABCDEFG, or your name/surname/nickname). I can attest that her password was strong, so apparently it’s not enough.
For now, all I can suggest is tweaking your FB security settings so that unrecognized devices won’t be able to login. It will be more of a hassle if you get a new phone / laptop / tablet / etc. but at least it adds an extra layer of security to your account.
On the flip side, should you end up on the receiving end of a weird chat or FB message, make sure that the person you are conversing with is really who he/she is claiming to be before giving out any information. When in doubt, do not engage and let the concerned party know. 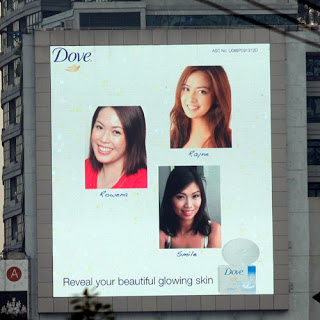 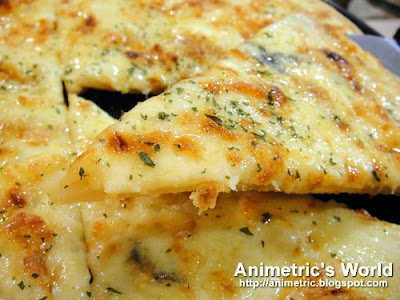