My mom has been based in the US for over 20 years. We usually see other once a year or less — when she vacations here or when we visit her there. That said, gift-giving is kind of tricky. I usually order online and have whatever it is delivered to her doorstep. I would go shopping with her if I could but the distance makes it difficult.

September is my mom’s birthday month so I thought I’d ask her what she wanted, how much it cost, and then just send her the money so she can buy it herself. My mom is a shopper by nature so I think she would actually enjoy that more compared to a mail order gift. So during one of our Viber or Skype conversations, I asked her what she wanted. Jewelry from Pandora? La Mer products from Nordstrom? Surprise surprise… she said she wanted a Samsung Galaxy S4. Okay, so Samsung Galaxy S4 it is. 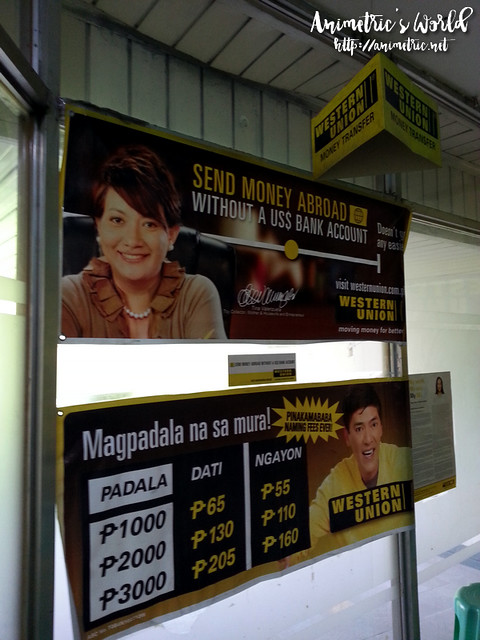 She called her telecom company, Verizon, and asked how much a unit would cost. Afterwards, she told me it’s a few hundred dollars. I said that’s fine. Next day, I proceeded to Western Union in Greenbelt so I could send her the money. It was a Saturday but that wasn’t a problem because some Western Union outlets are open even during weekends. 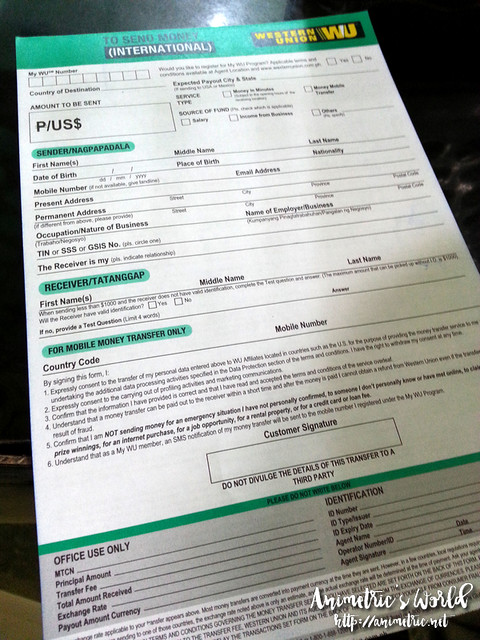 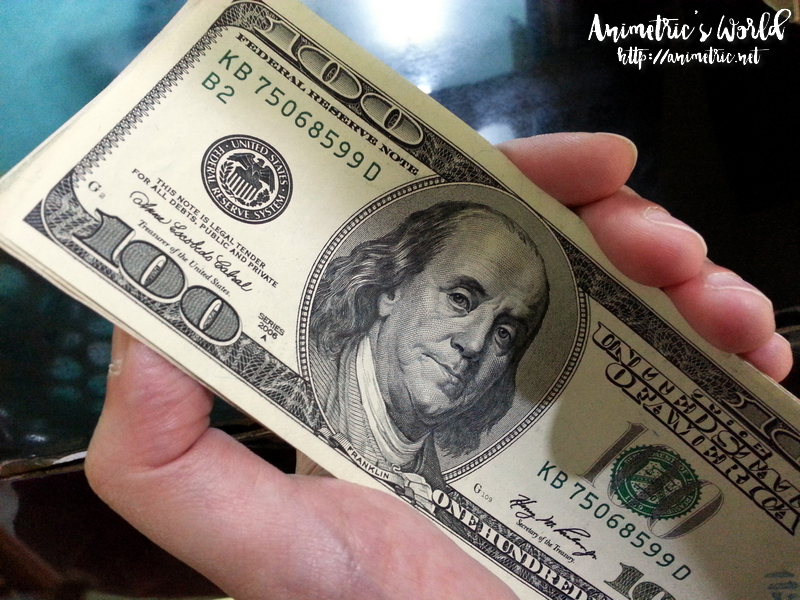 After filling up the form, I handed the woman behind the counter the money. I asked her when my mom would be able to get the money. She said as soon as an MTCN (Money Transfer Control Number) is assigned to the transaction. 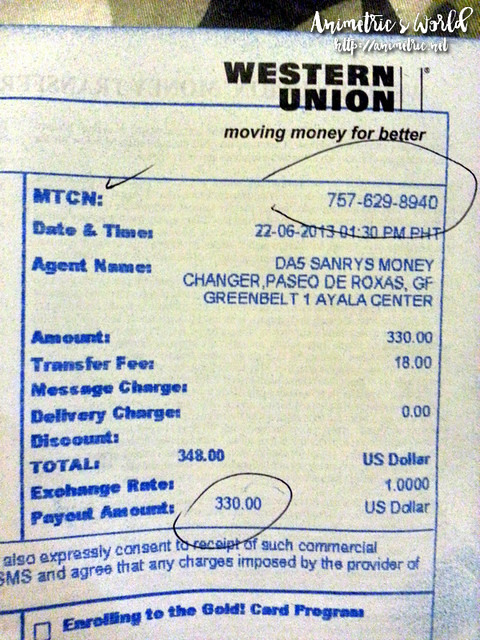 So anyway, she printed out a Money Transfer Receipt with the MTCN number on it. All I had to do was give the MTCN number to my mom. I paid a transfer fee of US$18, which is the rate for sending money within the range of US$200 to US$3,000.

The money was ready for claiming right immediately after. I took a photo of the entire Money Transfer Receipt and then sent it to her for reference. Here’s where we hit a snag. The Western Union form said that I should write the recipient’s first name, last name, and middle name. My mom wasn’t allowed to claim the money because she had legally dropped her middle name — so all her US government-issued IDs had no middle name! The Western Union rep in the US told my mom to call me so I could have it amended. Western Union is so careful with transactions that whatever name you put under recipient would have to be matched by the ID to the letter.

I called 888-1200 which is Western Union’s customer service hotline for those within Metro Manila. The Western Union rep was very accommodating and helpful. All I needed to do was scan the Money Transfer Receipt and then e-mail them the amendment, which in this case was to omit my mom’s middle name from the recipient info. I did just that and the problem was fixed right away. Yay! 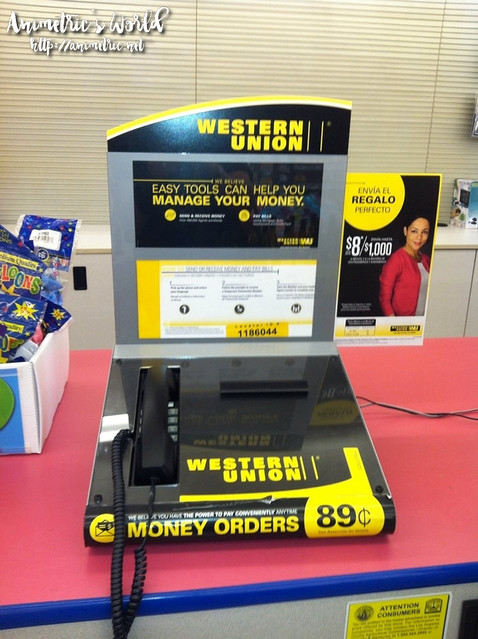 My mom went to the nearest Western Union, conveniently located inside a Rite Aid store. 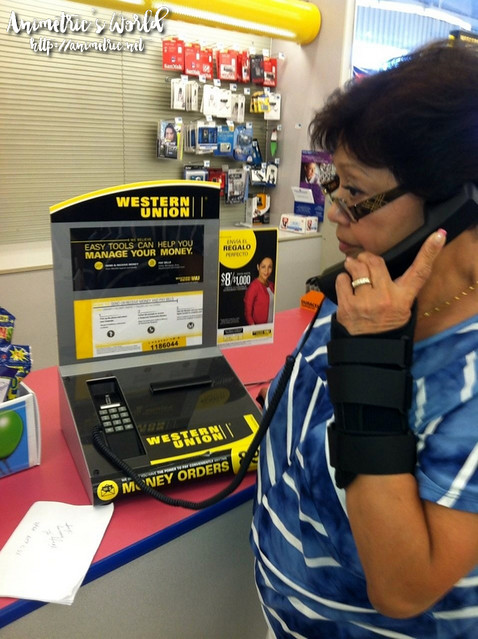 In the US, you transact by phone. You will be given an authorization number which you will present to the cashier so she can give you the money. 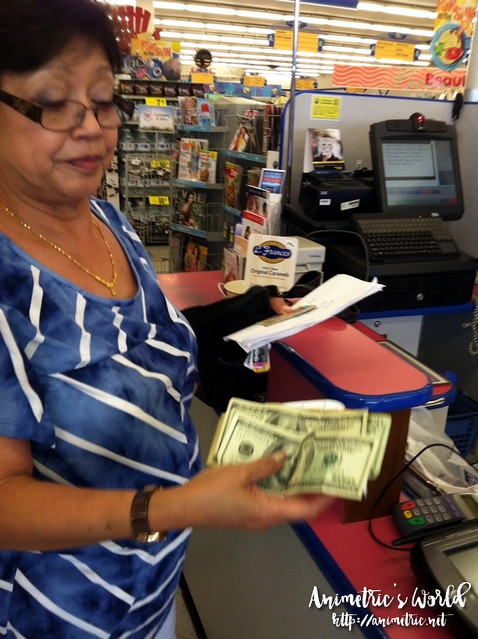 Mom got the money! 😀 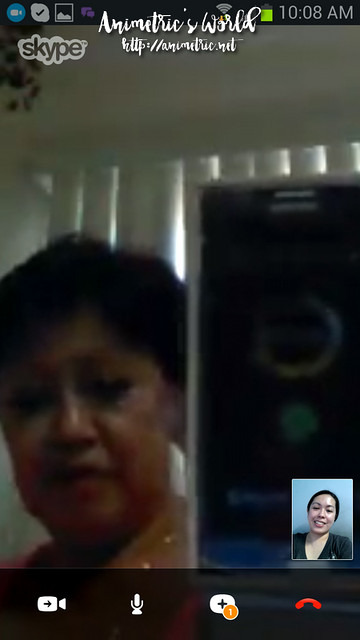 Some days later mom got her Samsung Galaxy S4 which she showed me via Skype. Sorry, Skype doesn’t display so well on cellphones so my screenshot is kind of blurry. I asked mom to take photos of the Samsung Galaxy S4 using her cellphone instead. 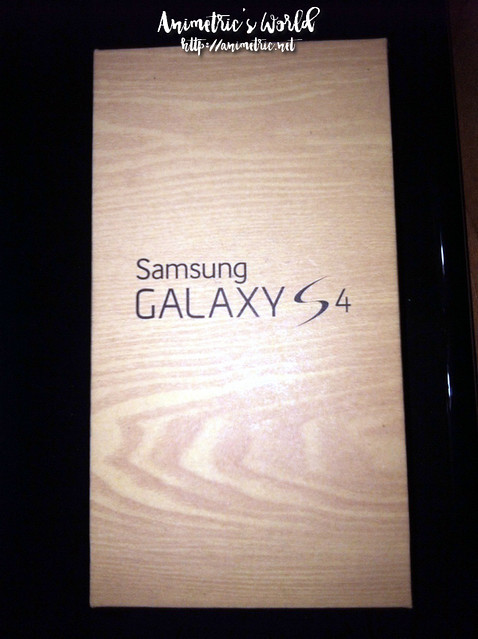 Her phone is now better than mine, haha! 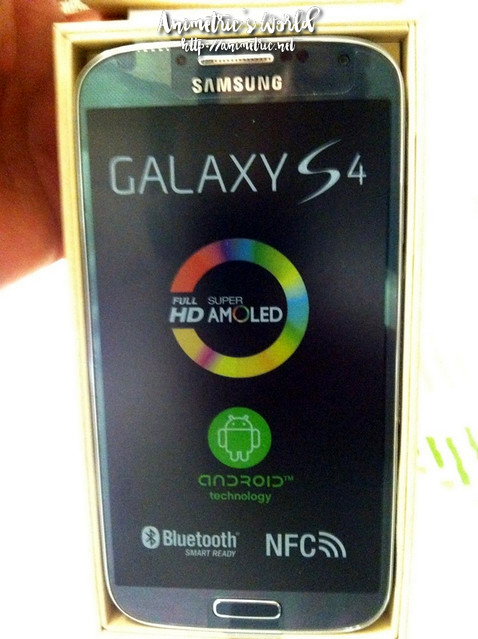 Thus concludes my Western Union Money Transfer experience. It was my first time to send money abroad and I was surprised it was so quick and easy! I thought we’d have to wait some days but wow, you can actually claim the money after the Money Transfer Receipt is printed — money in minutes it is! I was also very much satisfied with how the Western Union customer rep assisted me via phone. With Western Union, you can send money abroad in a very fast and hassle-free way.

For more information about Western Union’s Money Transfer service, log on to http://bit.ly/WUMoneyTransfer. 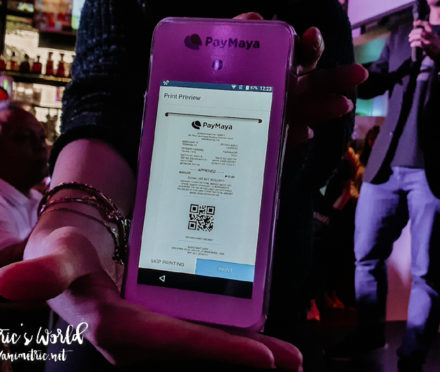 Scan to pay with PayMaya QR for instant rewards! 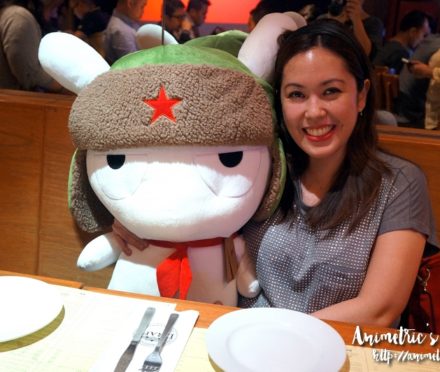 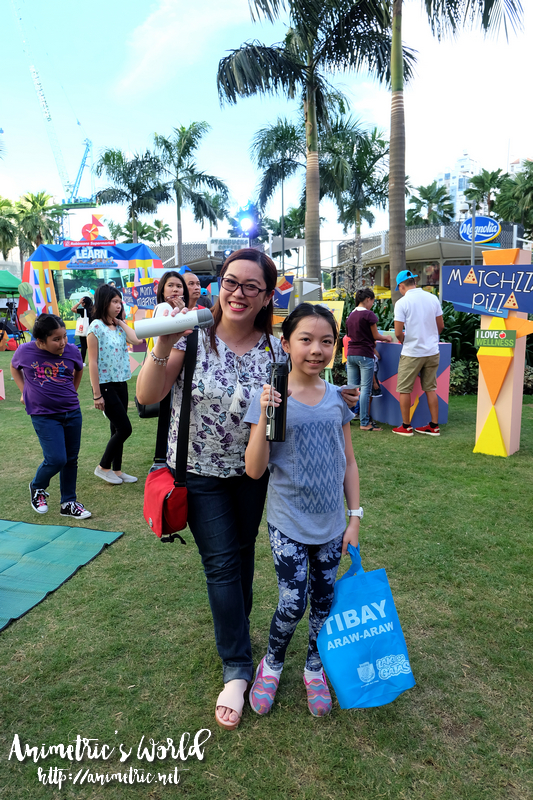