TCL Chinese Theatre and the Hollywood Walk of Fame

When I first went to Hollywood over a decade ago, this was known as Mann’s Chinese Theatre. Apparently, it was renamed to TCL Chinese Theater last January because China’s TCL Corporation bought the naming rights for 5 million dollars. 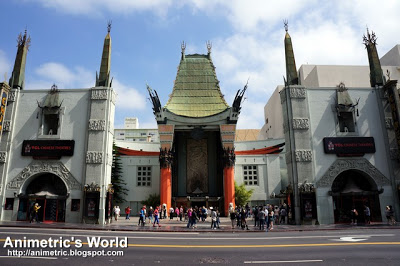 The appearance hasn’t changed. This iconic landmark has made many movie appearances too. If you’ve watched Speed, Forrest Gump, Rush Hour, Austin Powers, Nancy Drew, etc. no doubt you’ve seen this theatre in some scenes. 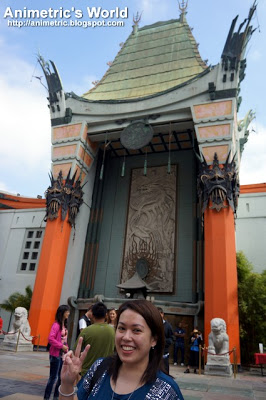 If I look tired it’s because I am, lol. I was jetlagged when we walked over to the theatre having just arrived in the US the night before. It’s located just behind Loews Hollywood Hotel where we stayed. There are always tourists taking photos out front but it’s a real functional theater with screenings and it’s actually a popular venue for movie premieres with stars. 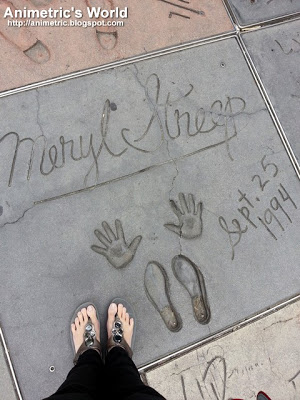 The concrete tiles in front of TCL Chinese Theatre has handprints, footprints, and signatures of famous celebrities. I guess this is the closest I will get to Meryl Streep who I really admire. 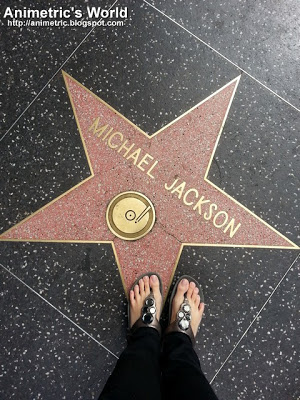 The street where TCL Chinese Theatre is located is actually the Hollywood Walk of Fame where stars have well… stars on the floor with their name and an icon representing which entertainment sector they’re famous in. Obviously for Michael Jackson, it’s recording since he’s one of the most popular singers in the world. I really looked for his star, hehe. Good thing it’s pretty close to TCL Chinese Theatre so I didn’t have to wander very far.
Checking out TCL Chinese Theater and the Hollywood Walk of Fame is free to do… unless you actually decide to see a movie there or you take photos with people in costume loitering around the walk. You’ll see a wide variety of characters (I didn’t take photos of them because they will charge me lol) like Bumble Bee (from Transformers), Spiderman, Wonder Woman, Elvis, Minnie Mouse, etc. They generally charge a few bucks for photo ops. I didn’t really care for any since I didn’t think they looked that great.
TCL Chinese Theatre
6925 Hollywood Blvd.,
Hollywood, CA 90028
http://www.tclchinesetheatres.com/ 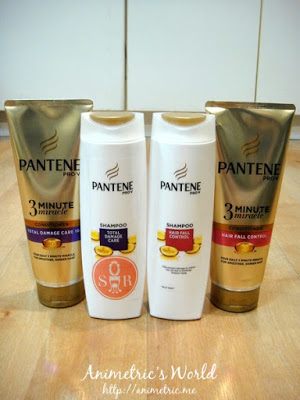 Multitasking with my Pantene Do It All Hair!

Gluta-C Intense Whitening — putting the products to the test!

Pandora Bracelet for me!