As most of you probably know, I was one of the contenders for the Sangobion Mommy Blogger Awards. From 50 mommy blogs all over the Pinoy blogosphere, Sangobion and Smart Parenting narrowed down the choices to ten. My blog was among the final ten. It was a surprise for me because I’ve never really seen my blog as a hardcore parenting blog. My kids are a lot older (they are both in gradeschool) compared to the other moms online and so I don’t really have posts which cover infant-related concerns like breastfeeding or baby-wearing. While I did breastfeed when my kids were babies but more than a decade after my firstborn, it’s not really something I talk about that often anymore. 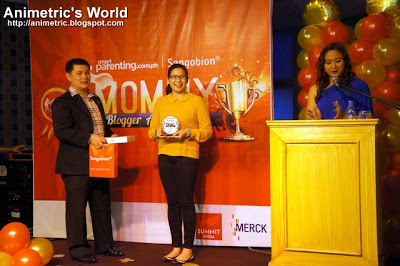 The awarding ceremony was held at Bar One in Holiday Inn Galleria. It was hosted by the effervescent Tintin Bersola-Babao. 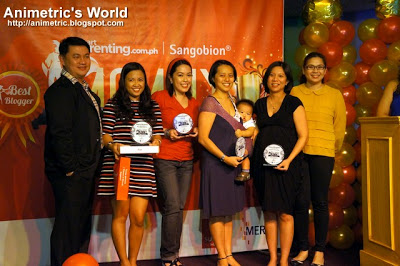 The final phase of the Sangobion Mommy Blogger Awards was a voting contest so three winners were determined by the total no. of online votes. The winners are as follows:

There was also a special winner, Blogger’s Choice, determined on site by the total no. of votes from the ten of us finalists. That award was bagged by Manila Mommy. 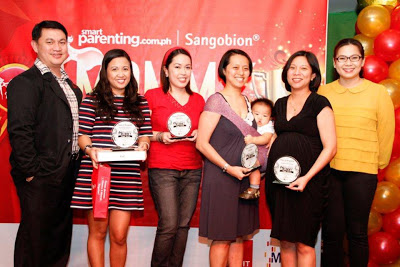 Here’s a brighter photo I grabbed off the Sangobion Mommies Facebook Page. Four of us bloggers are in the middle in this order: Fleur, myself, Jenny, and Neva. 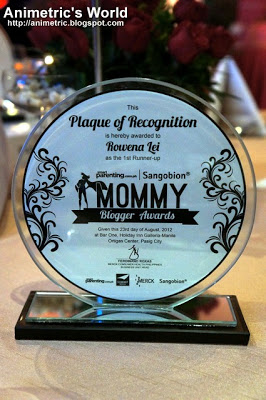 I want like to thank everyone who voted for me. Thank you also to Sangobion and Smart Parenting for the opportunity. 😀 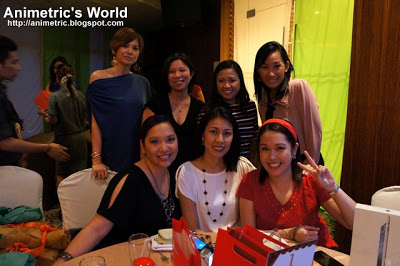 Here’s a group photo with the other mommies in the contest. Two out of ten couldn’t make it so there were only eight of us. 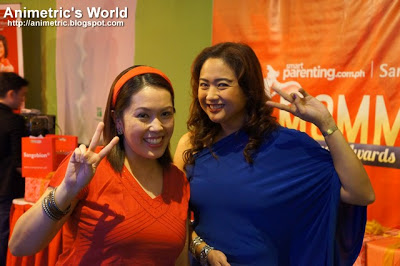 Here’s a photo with the ever game Tintin Bersola-Babao. 😀 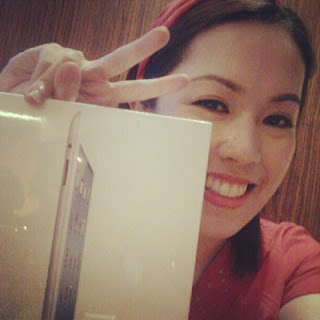 And here’s a photo with the iPad 3, one of the prizes I got as 1st runner-up. It is now my new Bahamut machine, hahaha! I use it mainly to play my favorite trading card game Rage of Bahamut on Android and iOS. Want to play? Just download from Google Play or the AppStore. Use my referral code xgp26211 after the game tutorial to get a starter boost of in game money (100,000 rupies) and a rare Angelic Knight card. You can look me up in the game too, my player name is animetricsworld — hehe! 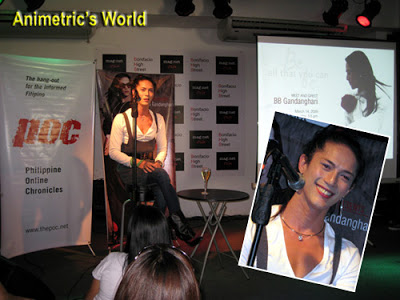 The phenomena that is BB Gandanghari! 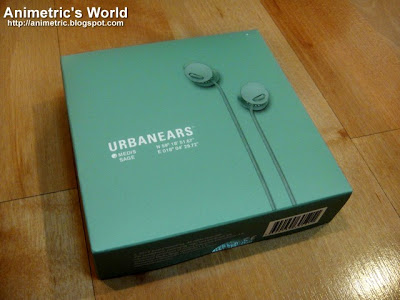