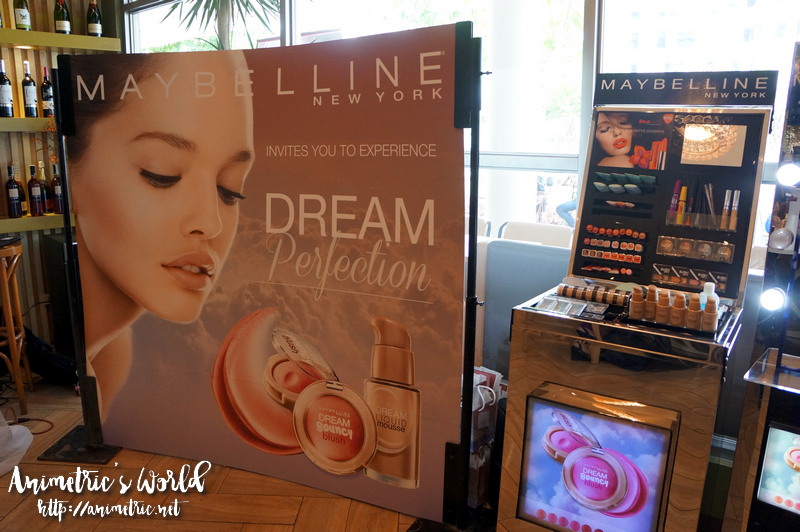 I was there at around 9am. 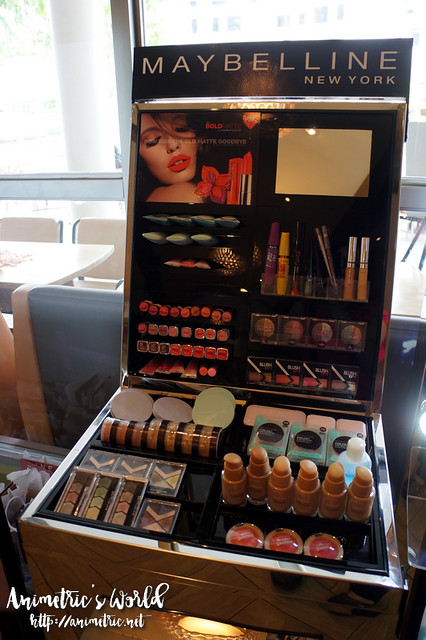 There was a full range of Maybelline products showcased. 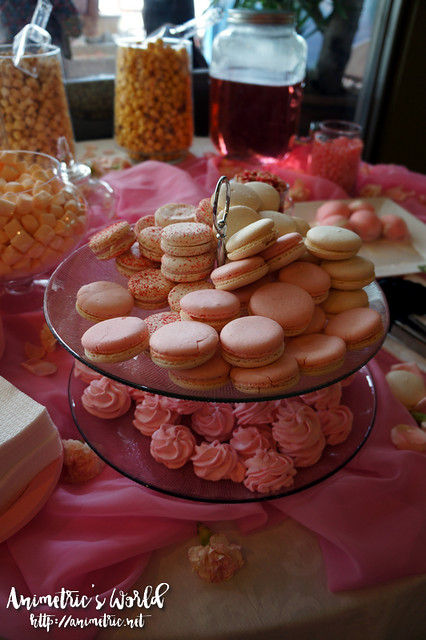 There were French macarons, mochi, meringue, and flavored popcorn to munch on while waiting for the program to start. 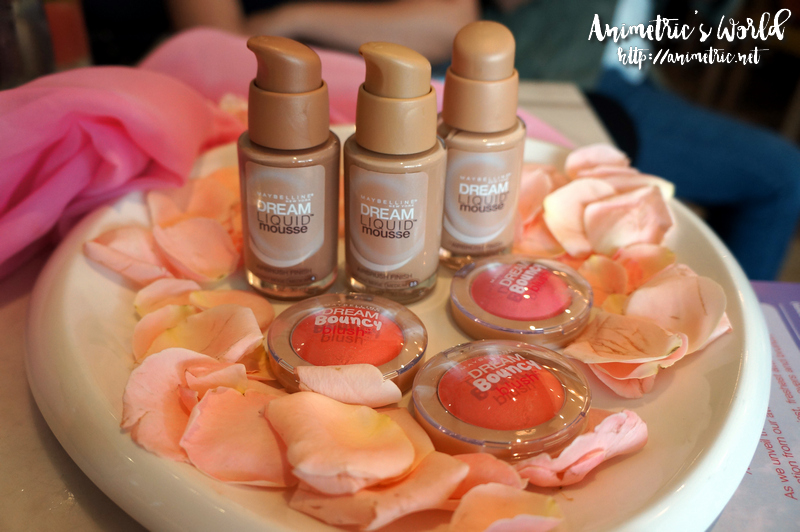 At last, each table was served with a platter of Dream Liquid Mousse and Dream Bouncy Blush. I swatched the mousse on my hand and it was incredibly light in consistency. The blush lives up to its name since it feels springy when touched. I will post separate product reviews for more details. 🙂 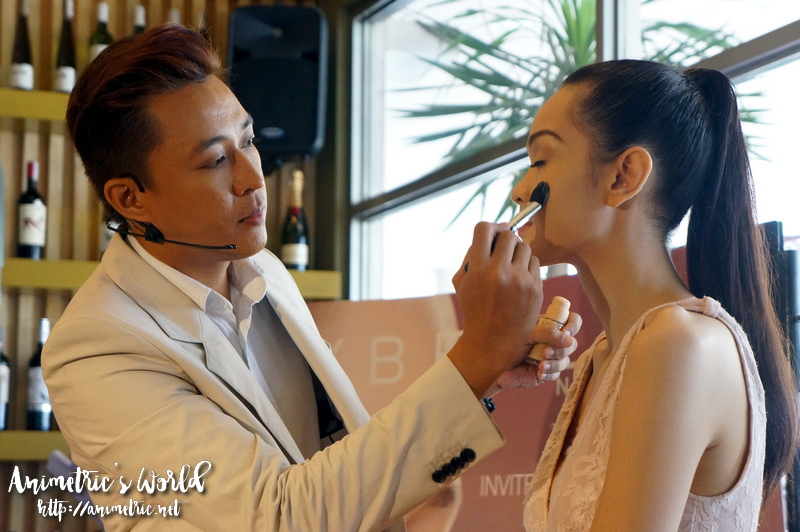 There was a makeup demo using the mousse… 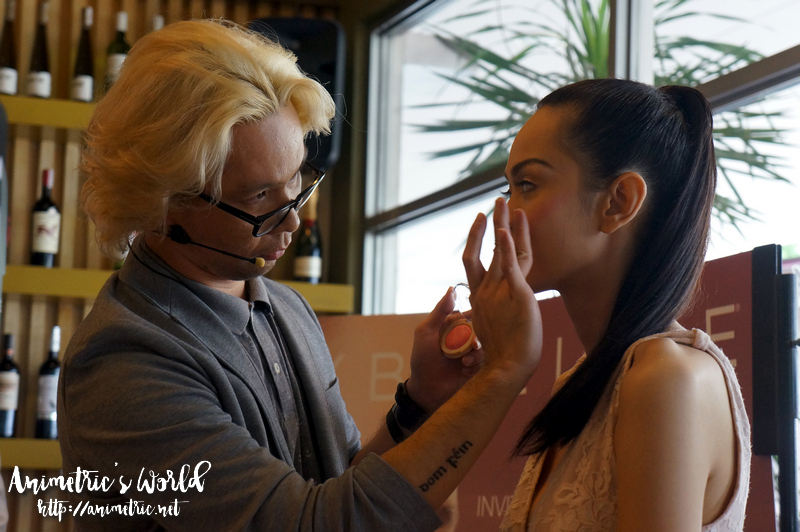 …and also using the blush. He just used his fingers to pat and blend it onto the model’s cheekbones. 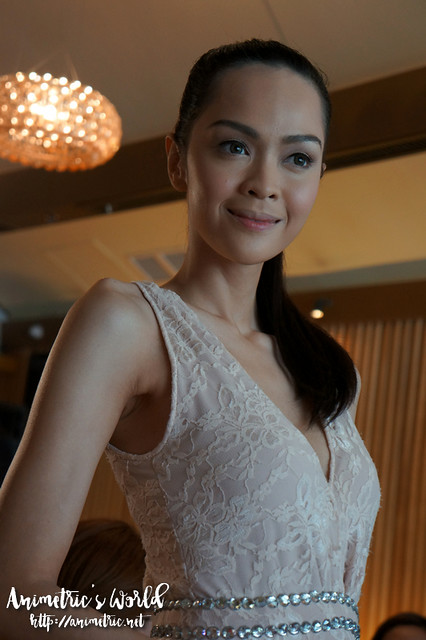 We got to see three different looks that day. 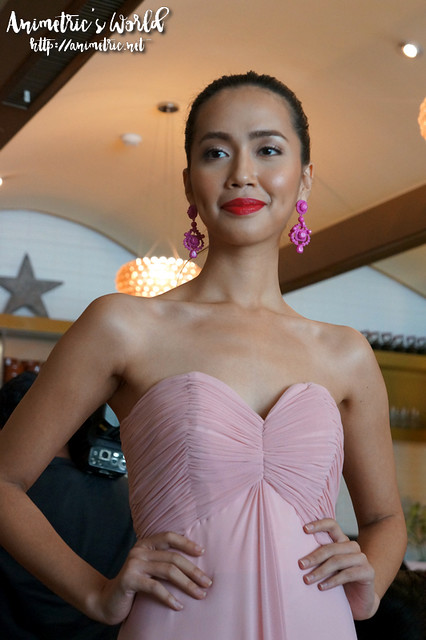 This look banks on a flawless face and boldly colored lips. 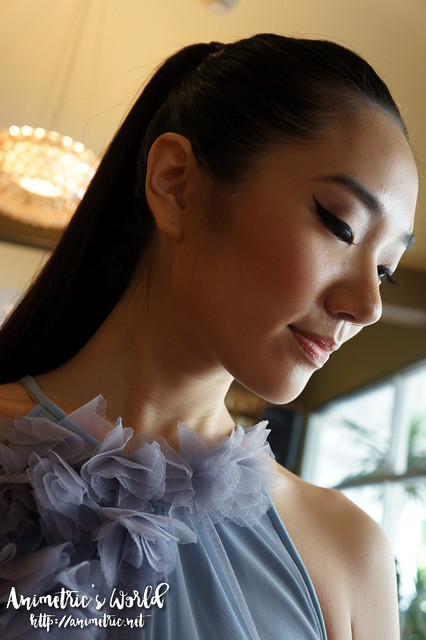 The look card says fiercely lined eyes set against a clean face and wow, that is some fierce lining there. I want to try it for myself!

There are six shades to choose from for Maybelline Dream Liquid Mousse (P599 each), which promises a flawless matte air-brushed finish. For Maybelline Dream Bouncy Blush (P429 each), I’ve seen several shades available in other countries but only two at the launch (Pink Frosting and Candy Coral).

Maybelline products are available at department stores and drugstores nationwide. 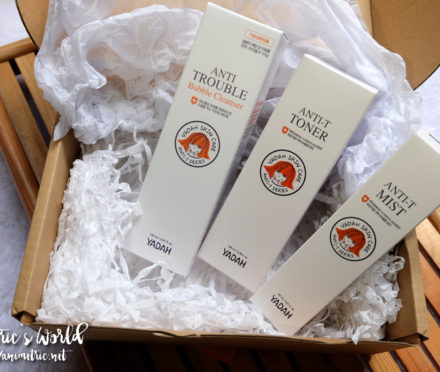 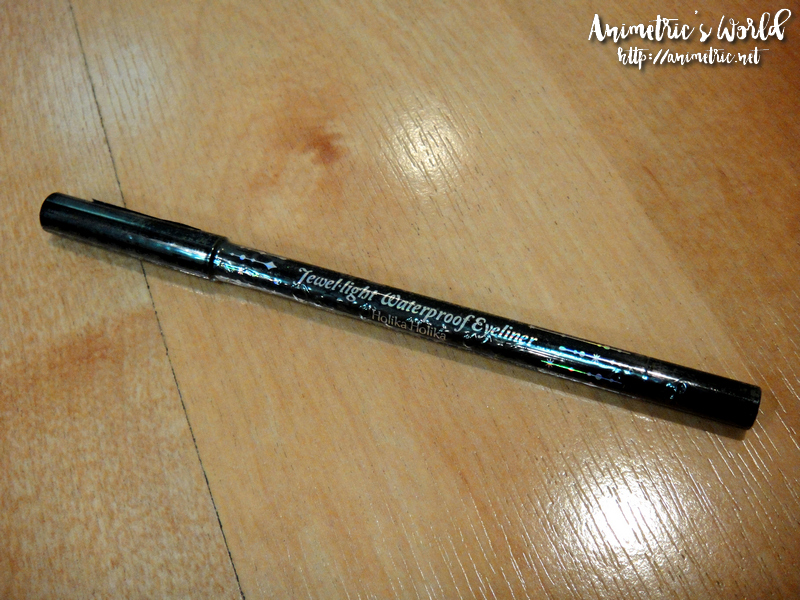 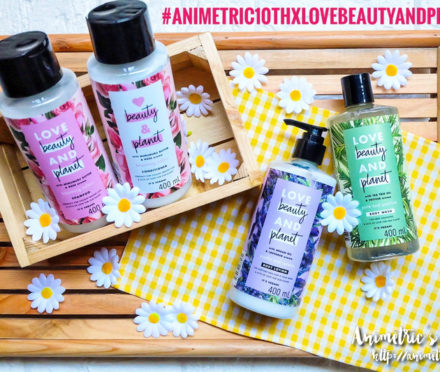