I was invited to try out Marie France’s latest treatment, Ultrashape VDF, last July 24, 2012. Ultrashape has long been one of MF’s staple treatments for the elimination of stubborn fat. It’s also what MF endorser Dawn Zulueta claims as the secret to her svelte post-natal figure. I was a Marie France client way before I was invited to do the Pro-Plus 100-Day Challenge but I’ve never availed of the Ultrashape… only FMS and Physique, which were also the same treatments I had for the challenge. 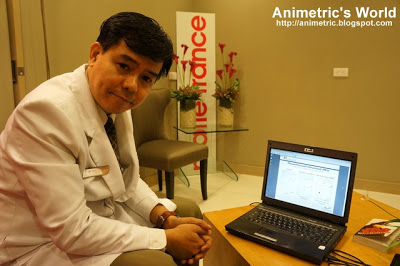 Anyhow, Marie France’s old Ultrashape treatment is now replaced with Ultrashape-VDF. They’re using a new machine which offers a host of additional benefits. Ultrashape-VDF can destroy a greater of fat cells in one sitting as compared to the older version. This new version has a Radio Frequency (RF) component which facilitates smoother body sculpting and faster results. The good news for existing clients is, Ultrashape-VDF will cost exactly the same as the old Ultrashape. I was given a tank top and disposable underwear to change into as well as a robe and towel. 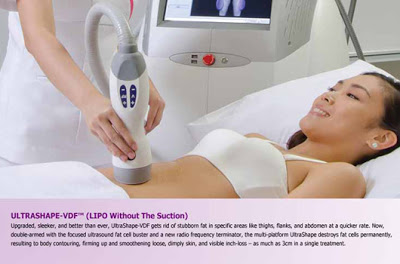 After changing, I was asked to lie down while they taped up (yes, taped with what seemed like masking tape) my belly fat in order to gather them up in the center. This is so they can really focus the treatment there. They put a lot of oil so that when the machine’s head is massaged all over your tummy it would glide and not tug at your skin. It’s actually a bit more messy than what the photo above shows.

During the treatment, I felt little pinpricks of heat and static electricity (I think) all over my abdominal area while it was massaged by the machine. The session took something like 45 minutes to an hour. I was told that you can have this treatment 1-2x a month depending on the level of your physical activity. Since the treatment “frees” stubborn fat in specific problem areas, you can lose it while you undergo your normal activities. Thus if you are more physically active, you can undergo the treatment every two weeks. You can lose up to as much as 6cm after 3 sessions of Ultrashape VDF.
For more information or a free consultation, call 894-BODY(2639). 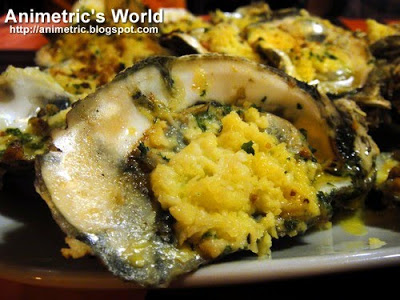 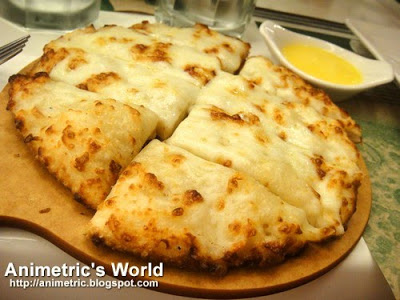 Papa John’s Pizza in the Philippines!