Since I have my hair rebonded regularly, I couldn’t really try out the L’oreal Professionnel Chroma Straight service I was giving away. That being the case, the folks over at L’oreal Professionnel suggested that I go for the L’oreal X-tenso Shine Bond service instead. I didn’t really ask what it entailed, I assumed it was a treatment to make my hair shiny. Well, I was half-right. 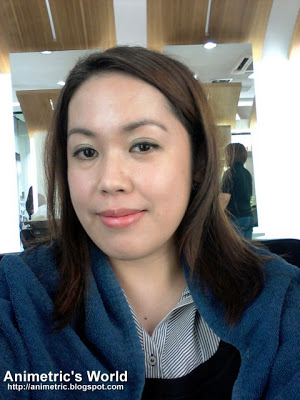 I arrived at Kerastase Institute by Salon Esa a little before 12nn. My hair was still straight because I just had it rebonded six weeks before. 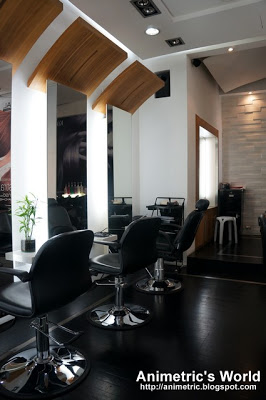 I loved the Kerastase Institute by Salon ESA. It was bright, ultra modern, immaculately clean, and the air-conditioning was very cool — a welcome respite from the extreme heat outside. There’s free wifi internet too! 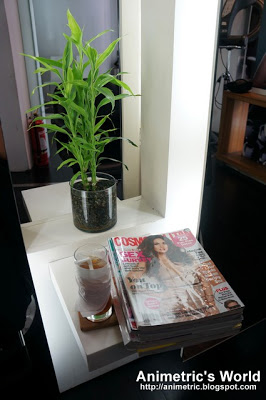 I was served a glass of iced tea and given some magazines. 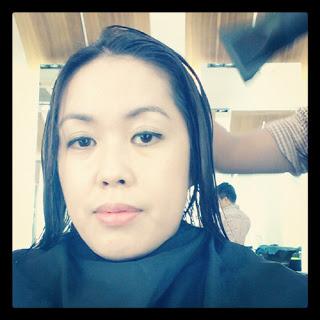 When I asked the stylist what the Shine Bond service was, he told me that it’s a type of rebonding using L’oreal X-tenso Moisturist, a formaldehyde-free form of X-tenso that straightens and nourishes hair at the same time. My hair was shampooed and then blow-dried. It was then sprayed with what I assume to be a pre-treatment solution. 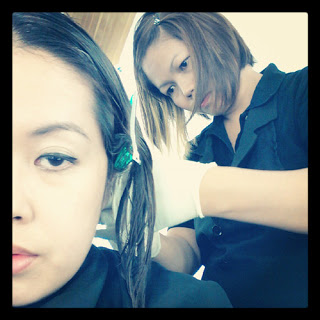 Then my hair was divided into sections then covered in a white cream that smelled like perming solution. 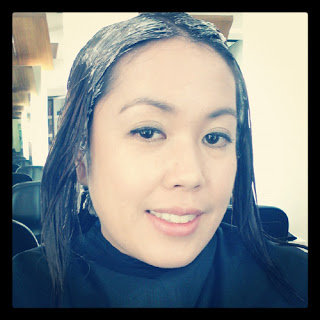 Then I had to wait for some minutes… 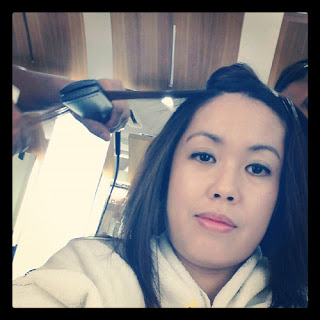 The cream was shampooed off and my hair was blow-dried. 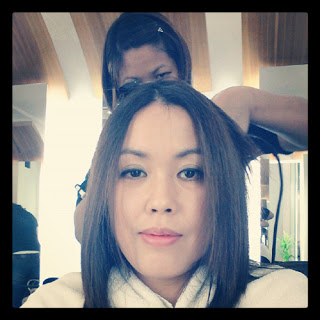 Then it was ironed straight. After ironing my hair was again covered with another product to lock in the style. Then it’s another round of washing with L’oreal Professionnel X-tenso Straight Care Nutri-Reconstructor shampoo and then a 10-minute treatment with the L’oreal Professionnel X-tenso Straight Care Nutri-Reconstructor masque. 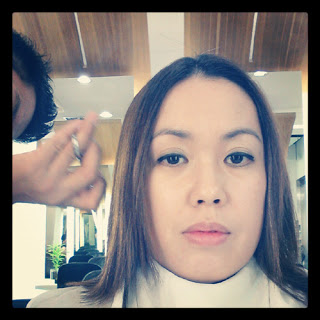 My hair was blow-dried again and the dry ends were trimmed off. I wanted to have it cut and styled some more, but I was already very very late for an event I was supposed to attend so I contented myself with a little trim. Since I didn’t know Shine Bond was actually rebonding, I didn’t expect the procedure to last for over three hours. XD 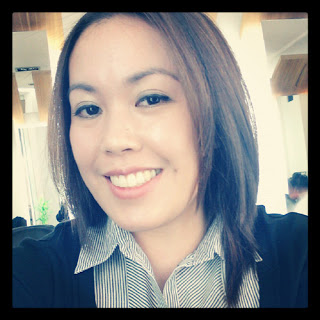 Anyhow, my hair was soft, straight, and shiny afterwards. I could’ve sworn it became lighter in color too. The treatment must’ve reacted with my existing hair color. It’s all good though because I want lighter colored hair. A few days after I had my hair cut shorter at Shuji Kida Hair Salon. 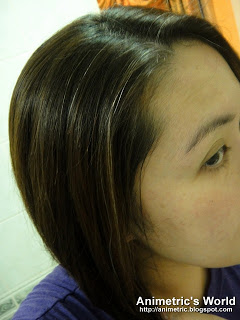 L’oreal X-tenso Shine Bond service lives up to its name as my hair was able to retain the shine well after the service. I availed of it on May 22 and the photo above was taken more than a week after. 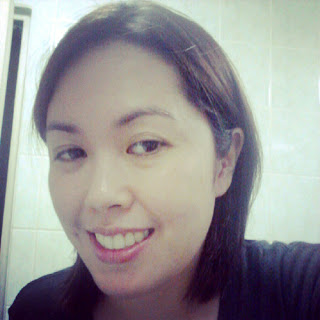 I actually have shorter hair now that’s not long enough to pull back into a ponytail but I actually find it more versatile to style. 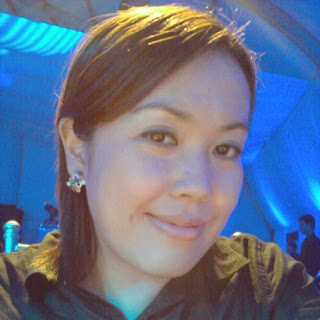 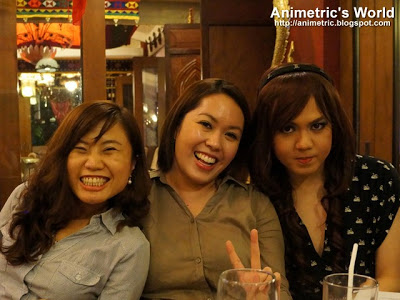 This is an even more recent photo of my hair at the Kiehl’s Midnight Recovery midnight snack last May 31, 2012.

The Shine Bond service at Kerastase Institute by Salon ESA costs P5,000 for short hair / P6,000 for medium hair / P8,000 for long hair. My hair was classified as long. I loved my time there because the salon itself is so nice and the stylists are very good at what they do. I used to be afraid of X-tenso because most of the people I know who had it done ended up with stiff, flat, and helmet-like hair that’s stuck close to their heads. I actually brought up that concern with the stylist who worked on me and he said X-tenso rebonding results depend a lot on the stylist because factors like how your hair is ironed, how long the solutions are left in your hair, and more all contribute to how your hair will look afterwards. So if you’re considering L’oreal X-tenso rebonding, do hook up with a highly qualified salon like Kerastase Institute by Salon ESA. Kerastase Institute by Salon ESA is after all one of L’oreal Professionnel’s top partner salons and I can personally vouch for the quality of service and level of professionalism there.

I would like to thank L’oreal Professionnel for giving me the chance to experience X-tenso for myself. 🙂 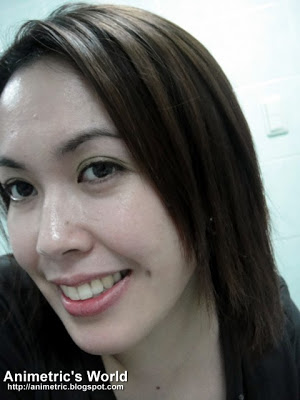 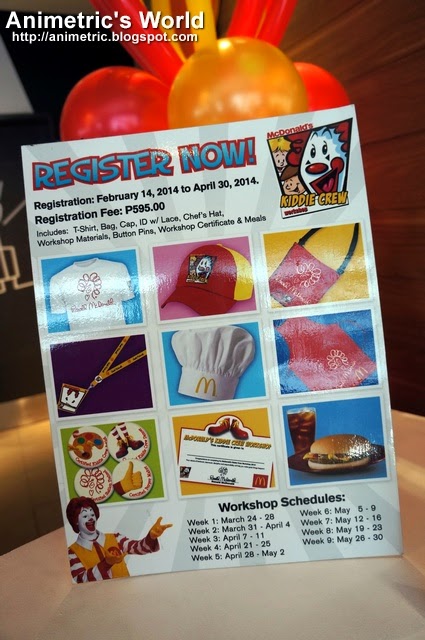 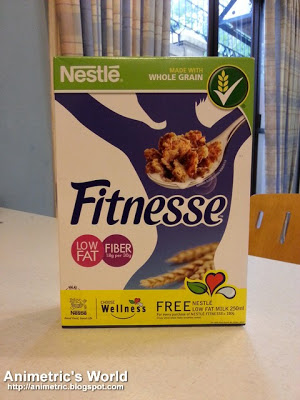