I was among those invited to celebrate the first anniversary of King Chef last June 30, 2011. I’ve actually dined at King Chef with my family before and we all agree that the food is good. Anyhow, nothing could’ve prepared me for the grand feast that King Chef had prepared for the occasion. 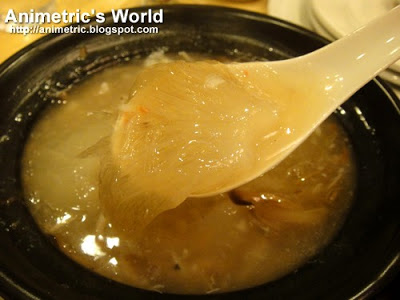 Before dinner was served, the host asked a few trivia questions which resulted in our table winning one of the most expensive soups on the menu, Braised Superior Shark’s Fin Soup (P1,288 per person) thanks to Abet. Normally when I have shark’s fin soup in Chinese dinner parties or lauriats, there would only be a few strands of shark’s fin in the soup. This one had whole chunks of it (check out the photo above) and it was served in a cast-iron pot. Non-winning tables had Double Boiled Native Chicken Soup. 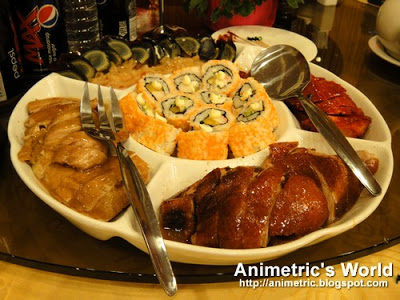 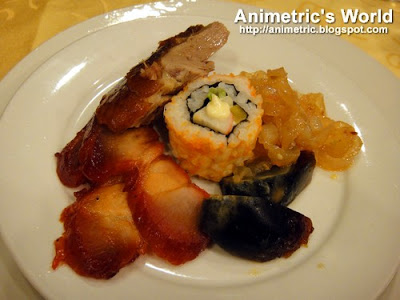 I had everything except the chicken. :p 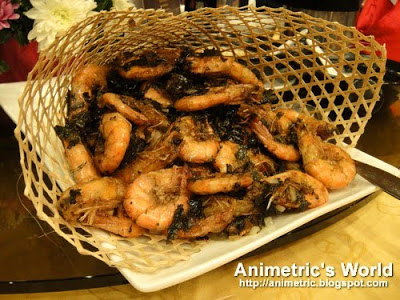 Suahe (shrimp) Tea Leaves was up next. Large plump shrimps are sauteed with garlic, pepper, and tea leaves. Pretty tasty, plus points for presentation too. 🙂 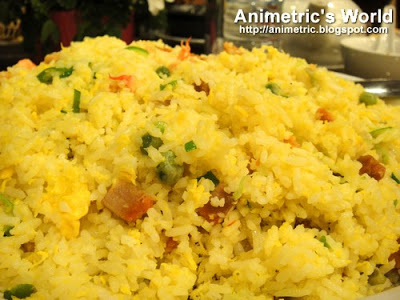 Then there was Yang Chow Fried Rice (P480 for a large serving, enough for a table of 12). This is classic. I always order it when I dine at King Chef with the kids. 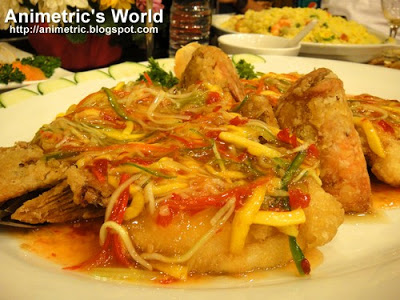 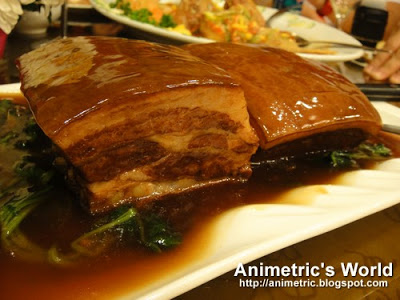 Imperial Spareribs is kind of like Pata Tim. Succulent pork is cooked to melt in your mouth perfection and served in sweet soy-based sauce. 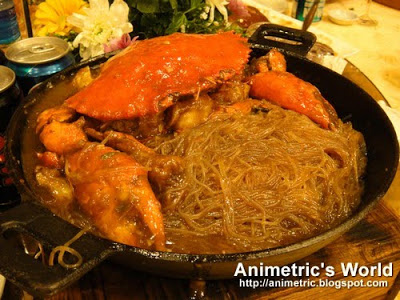 Crab with Sotanghon Hotpot was my favorite dish of the night. It was actually served with three big crabs on top but we removed two so we can photograph the sotanghon (glass noodles). Slightly spicy and very tasty, even the noodles have an unmistakeable crab flavor. 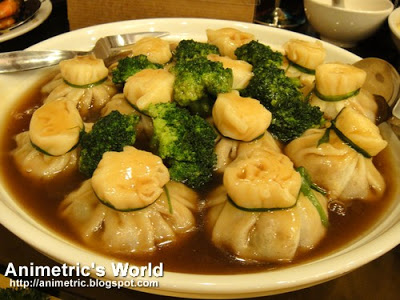 Meanwhile, Chicken Fortune Bags are huge steamed dumplings shaped like pouches. Each one is filled with ground chicken and assorted vegetables. 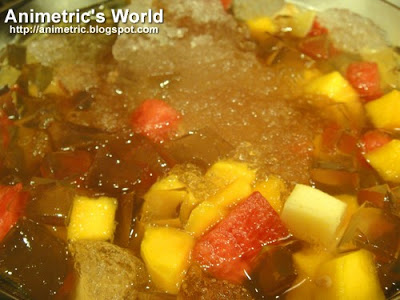 We had a very unique dessert that night — Herbal Lemongrass with Mixed Fruits. It’s the first time I’ve tried it. Ginger jelly, mango, apple, and watermelon cubes are served in lemongrass-flavored iced soup. It’s kind of like drinking tea as I found it to be strangely relaxing and refreshing, a welcome break to cleanse the palate from all the fried fare. 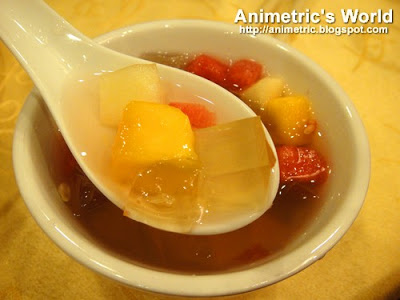 It just evokes a feeling of health and wellness, haha. 🙂

I’d like to thank King Chef for making me part of a dinner that’s indeed fit for a king. I remember telling my husband that this has got to be one of the most expensive Chinese lauriat menus I’ve ever tried as the restaurant really spared no expense for the guests. 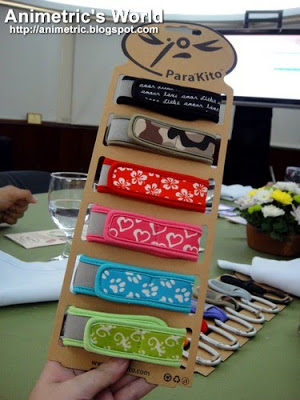 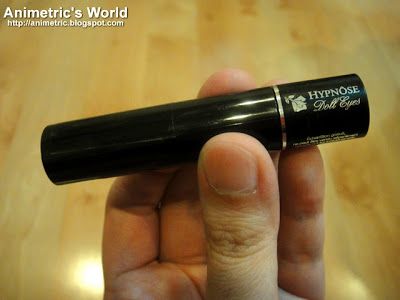 Obagi Blue Peel at House of Obagi (Days 1 and 2)