My hubby, kids, and I had dinner with my aunt at Greeka Kouzina along P. Guevarra St. (closer to the Pinaglabanan side) a few months back. We were advised to go early (as in 6pm) because meal time crowds at this restaurant get really thick.

Since we went in the evening, I was able to see Greeka Kouzina’s colorful ceiling lamps in their full glory. The place isn’t big but it’s got two floors. 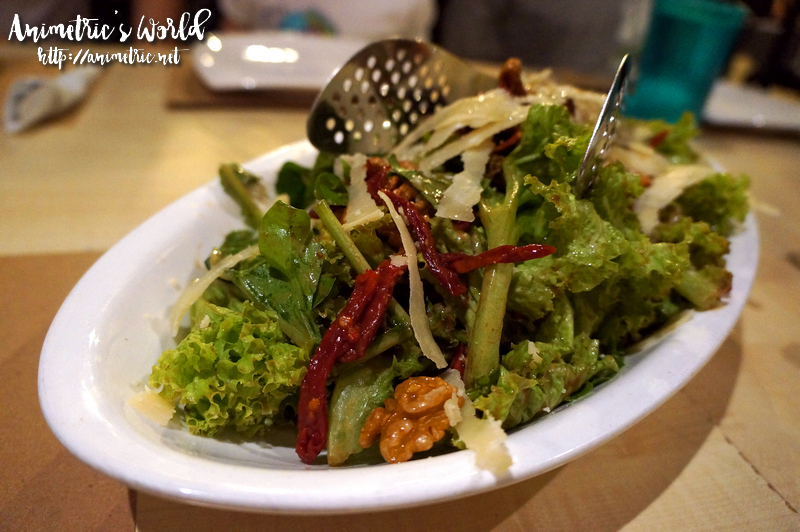 Without futher ado, we proceeded to the more brightly lit second floor and ordered dinner. The place fills up so fast it’s best to get your orders in before the mealtime crowd comes in. For starters we had Fig Roka Salata (P390). My most favorite salad in the world is Cyma’s Roka Salata but wow, this is way bigger, better, and cheaper! It has sweet figs too, which really made its flavor profile a lot more unique. 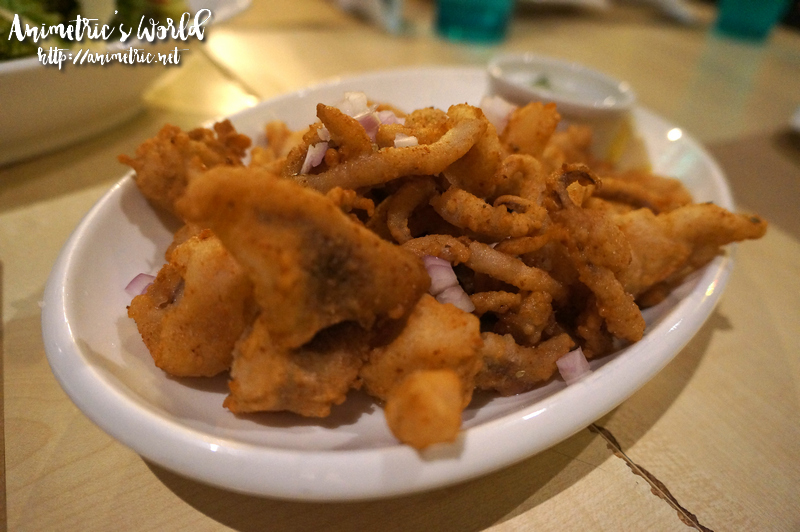 Then we had Kalamari Toganito (P260). Squids, complete with tentacles, are battered and fried then served some dipping sauce on the side. I found the squid pieces too big for comfort. I probably would not order this again. 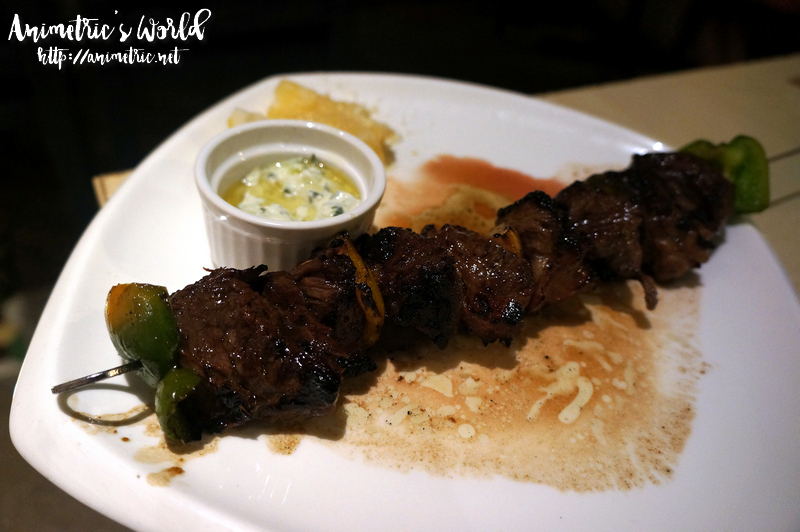 For the main course, four of us (hubby, son, aunt, and myself) ordered Beef Souvlaki (P390). It’s a char-grilled skewer with big chunks of beef and veggies coupled with your choice of siding… and wow, there are so many delicious-looking sidings to choose from. Bad news about the beef though… it was tough, full of unchewable ligaments, and not the least bit tender. My son and I had a hard time eating it. The good thing about our Beef Souvlaki was the sidings (which normally cost P180 per order)! Each of us picked a different one to share. 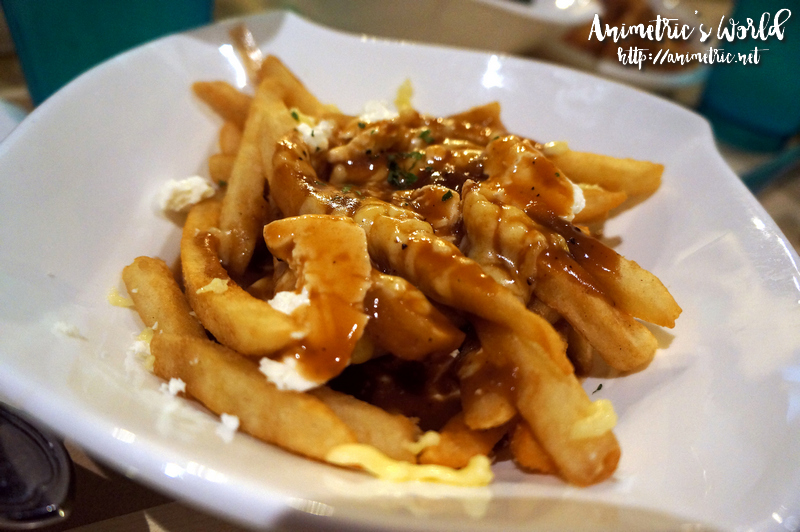 My hubby and son went for the Greeka Patates Tiganites, which simply put are french fried potatoes with feta cheese and gravy. Poutine? Anyway, it’s soooo good. I thought the gravy tasted a bit like KFC’s famous gravy, lol. 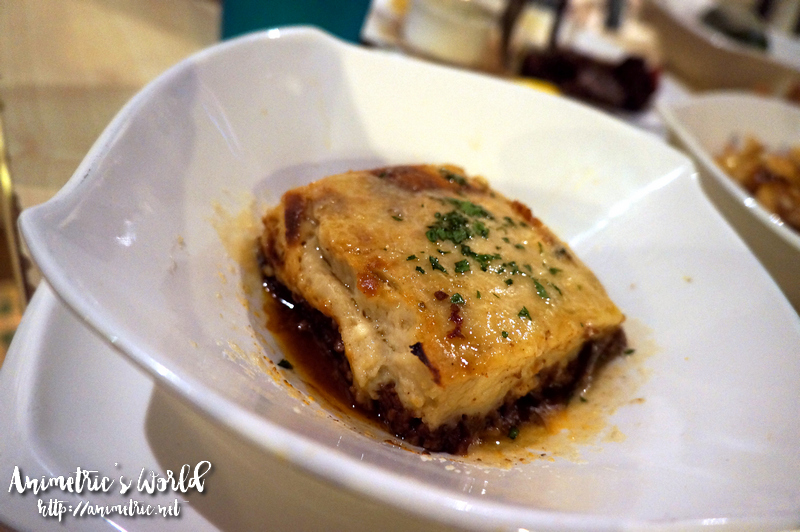 I chose to have the Mousakka, which is actually ground meat, eggplant, and potatoes baked with lots of melted cheese on top so it’s kind of lasagna-ish. If you’re not fond of eggplant, don’t worry… this doesn’t taste anything like it. Pretty good! 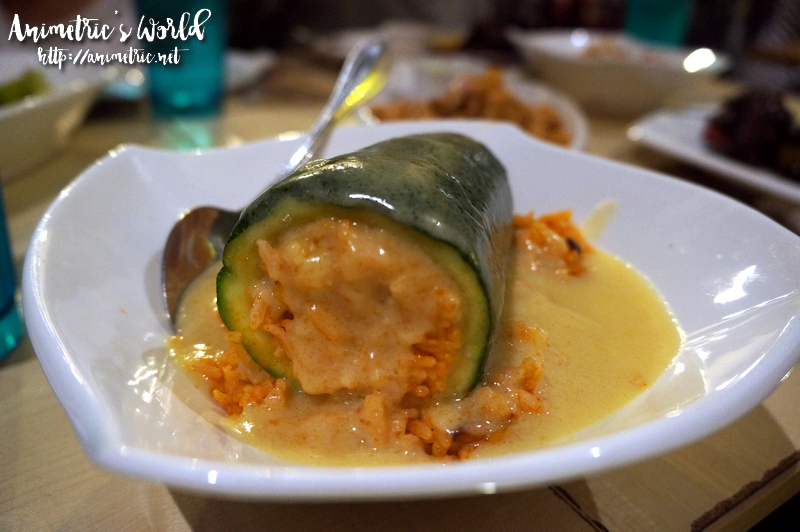 My aunt opted for the Stuffed Zucchini with zesty Avgolemono Sauce. I would describe it as tomato rice with citrusy cream sauce. Like the other two kinds of sidings, it was delicious. 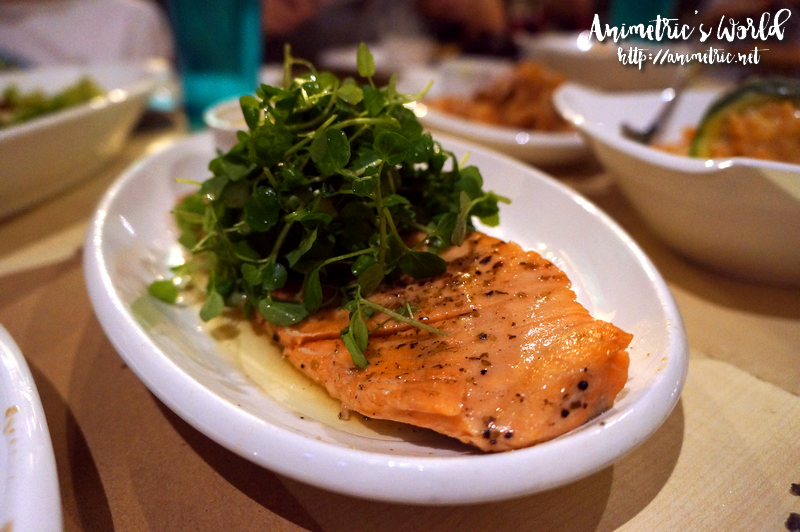 My daughter ordered Salmon in Avgolemono Sauce (P495). Juicy and tasty salmon is served the the same citrus cream sauce that the Stuffed Zucchini came with. Thumbs up for this dish. 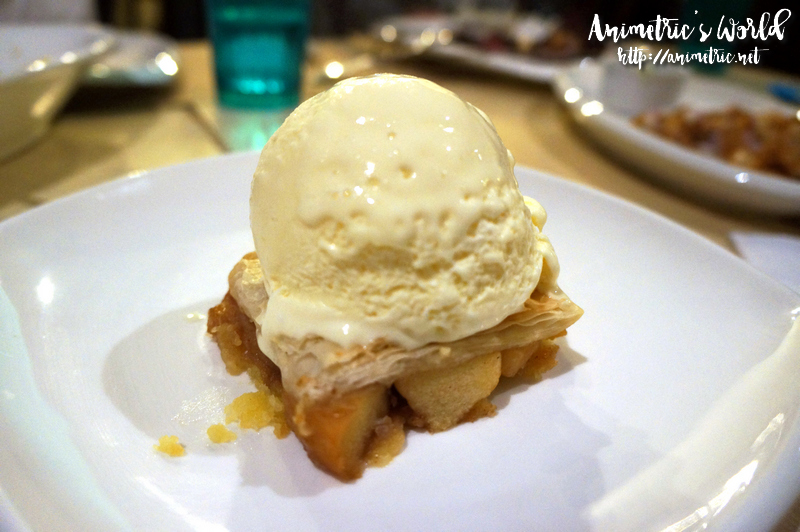 For dessert, we ordered Milopita (P180) or Apple Pastry with Ice Cream to share. Baked flaky phyllo pastry is stuffed with stewed apples and cinnamon then topped with a big scoop of vanilla ice cream. Next time I will try Greeka Yogurt. 😀

I really enjoyed everything I tried at Greeka Kouzina except for the squid and the beef skewer. Servings are pretty big so given the prices, I’d say this place gives good value for money. Service was kind of slow. We had to wait a long time for some of our orders to materialize and it was so hard to get the servers’ attention just to get a water refill. I would not line up at this restaurant for hours just to get a turn… I would go early, like we did. 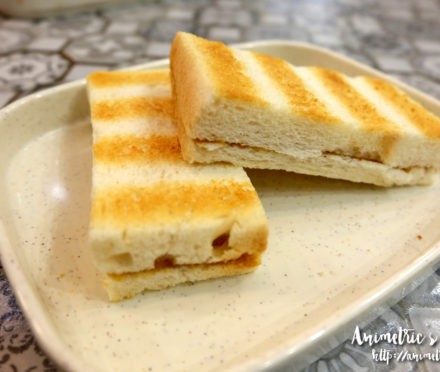 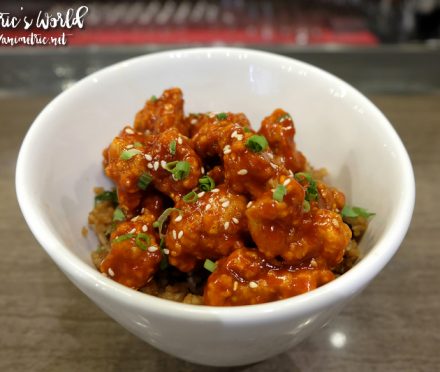