I met up with my friends from Pevonia Philippines for lunch last Monday, since I haven’t seen them for a while. Meeting up for a nice meal and some girl talk is something we really do on occasion. 🙂

We decided to go somewhere we haven’t tried — Ganso Shabuway Japanese Style Hot Pot in Power Plant Mall. A lot of my friends have been raving about this place so I suggested it. 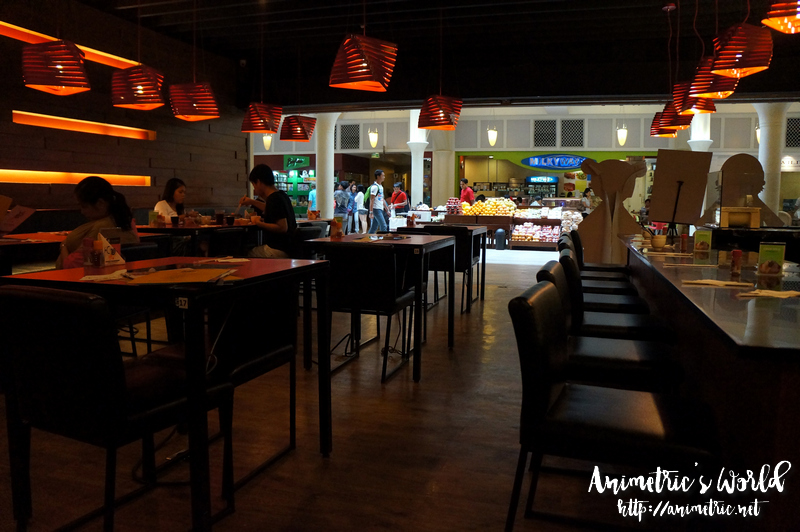 It’s rather dimly lit inside. It’s located on the ground floor, right across Milky Way. I was surprised because it actually became a full house later on… and it was a weekday! 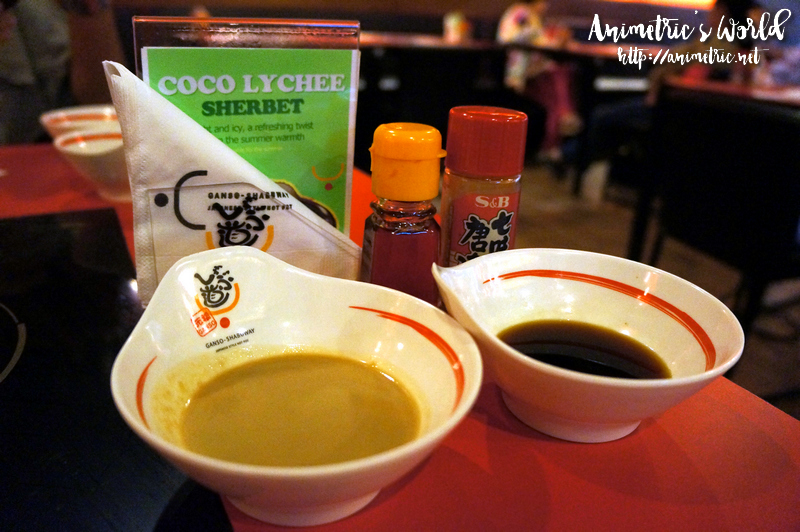 You can order ala carte or by sets at Ganso Shabuway. Ordering by set is the more practical thing to do though since everything is bundled and costs less than ordering every item separately. We decided to go for Set E which was actually for four (4) people even if there was only three of us. Each person would get two dipping sauces each: sesame (above left) and ponzu (above right). The sesame sauce tasted more like peanut sauce though. 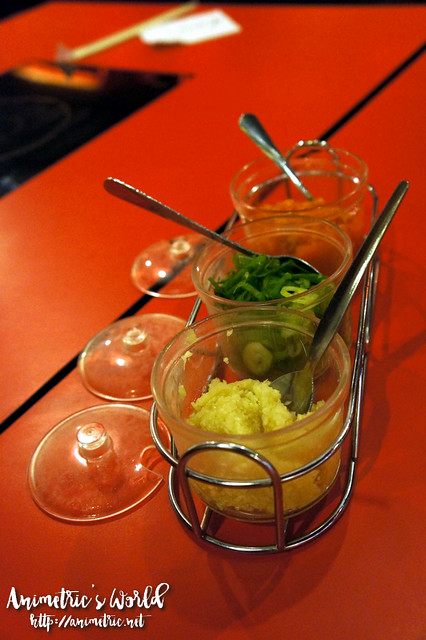 There are additional garnishings on the table — garlic, green onions, and chili. 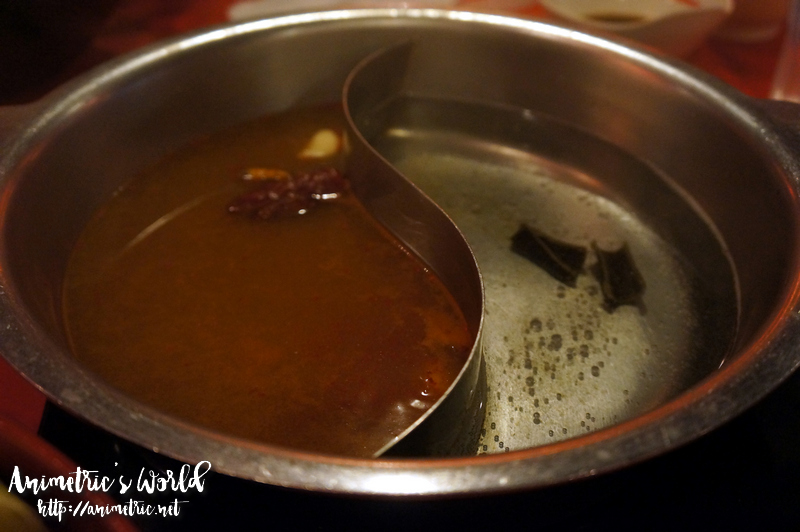 You also get your choice of broth… that would be either spicy miso (above left) or traditional seaweed (above right). Can’t decide which one to have? Go for half and half like we did. You get a yin-yang shaped hot pot with both soups. 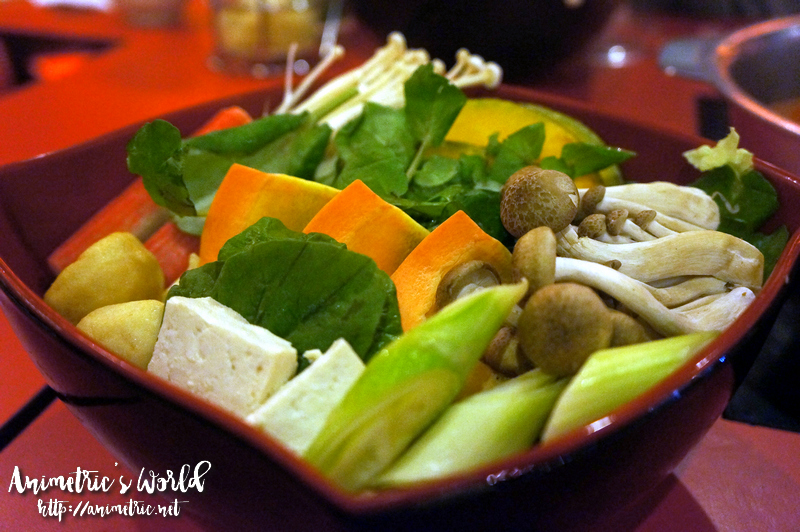 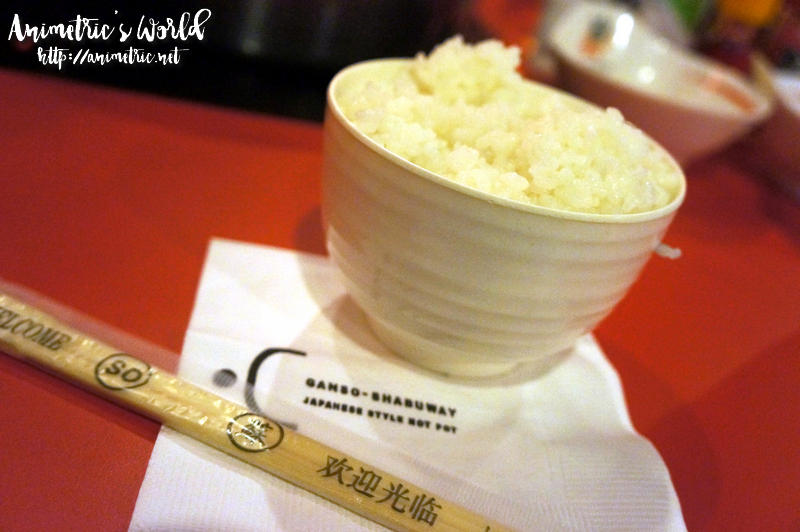 Since it’s for four people, you also get four bowls of Japanese rice. 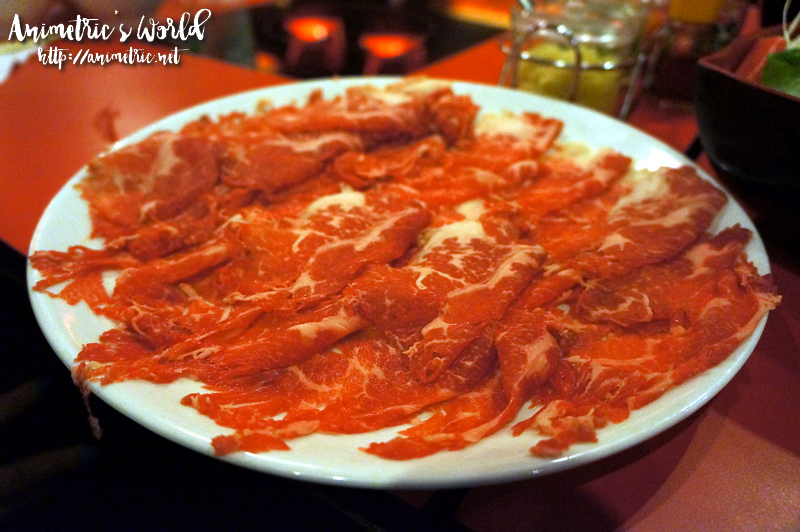 Then you get 500g of Meyer USDA Natural Angus Beef…. that’s two platters like the one above. 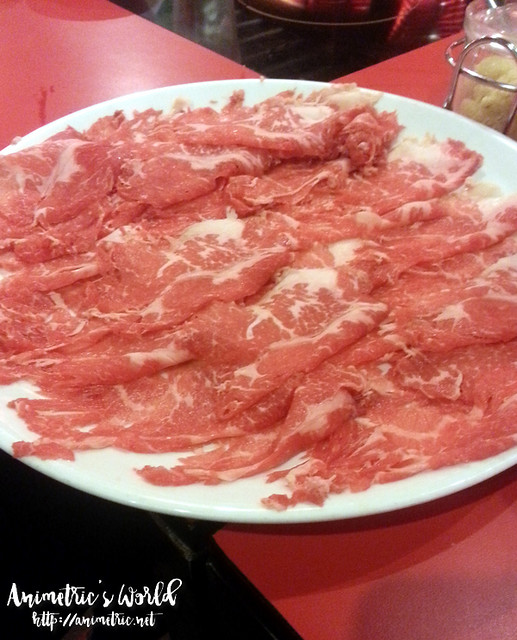 Here’s a photo of it from my cellphone. It’s more pink than red here lol. Look at that excellent marbling! I could already tell it was going to be really good. 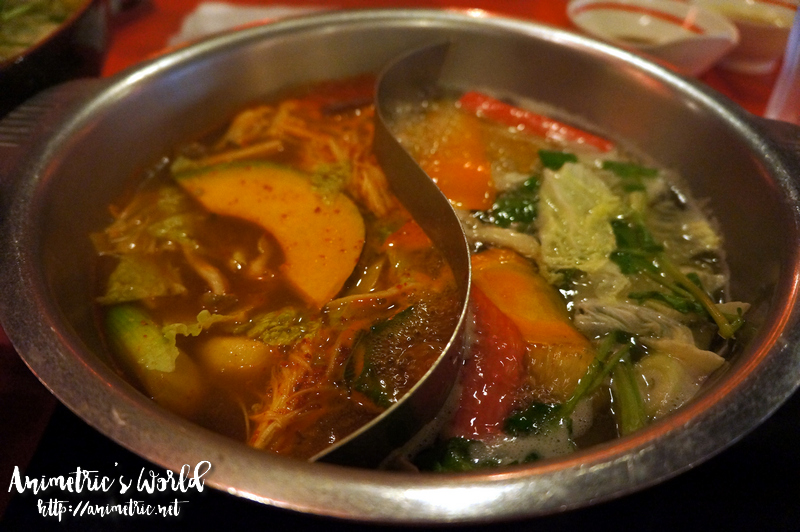 We put the veggies in the boiling soup. 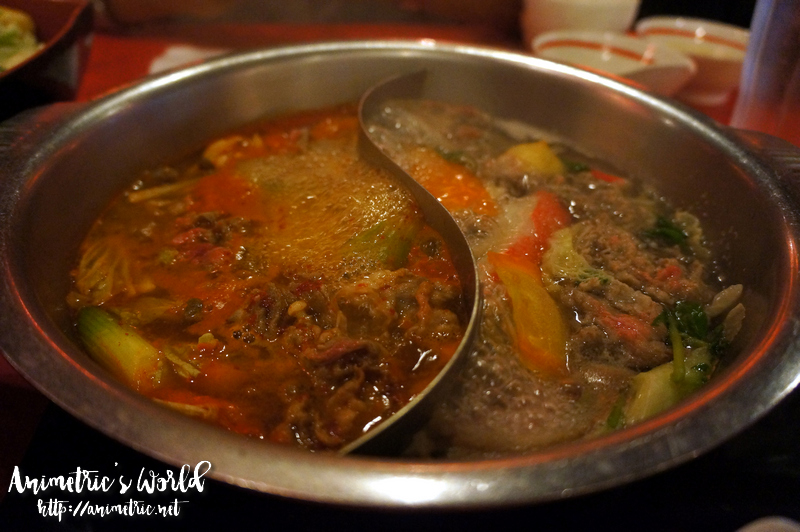 Then we tossed in the meat. 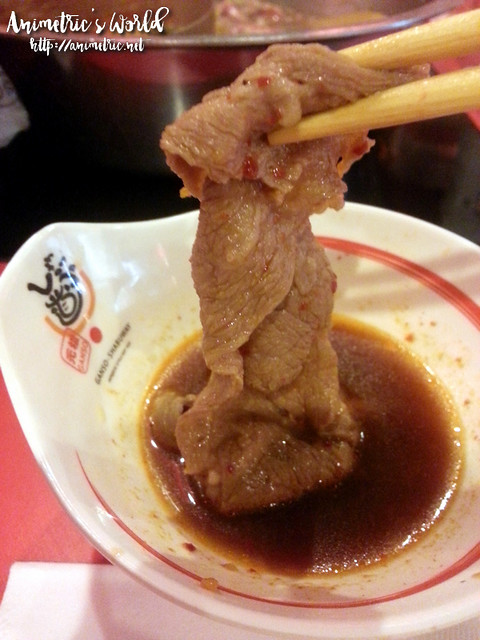 The beef is sooooo yummy. Perfectly marbled, not too fatty plus tender and tasty… it’s soooo good. Love it!

Set E costs P2,145, so that’s about P500+ per person for four people. We actually had leftover beef and veggies and so I think Set E would suffice for four ladies with normal appetites… or two starving men… or a family of two adults and two kids. I thoroughly enjoyed our meal at Ganso Shabuway. It was filling and yet I didn’t feel overly stuffed, just satisfied. Ganso Shabuway can also be found at Greenbelt 5 and Alabang Town Center. 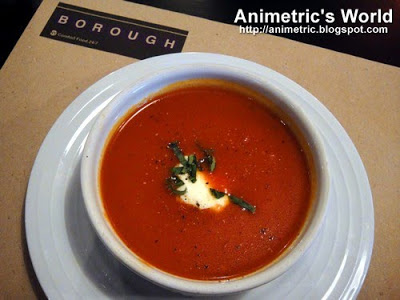 Borough at The Podium 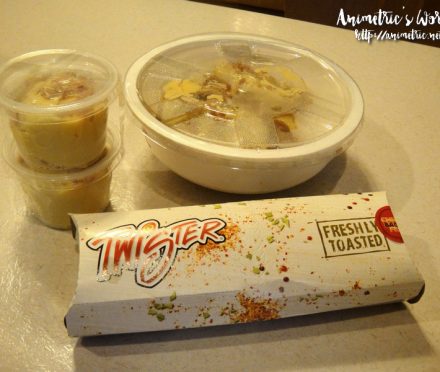 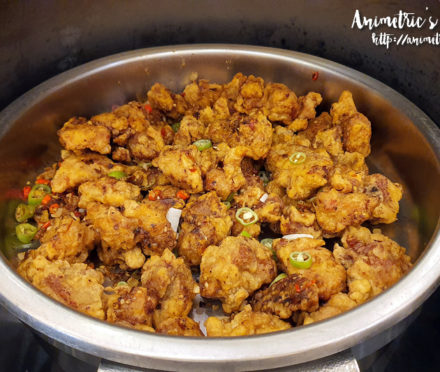