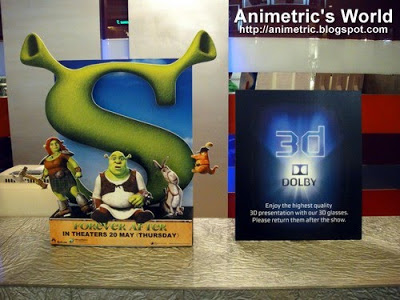 Eastwood Digital 3D Cinema is located at Eastwood Mall’s Cinema 6. It can accommodate 215 people, and tickets cost P350 each inclusive of a tumbler of popcorn and drink. 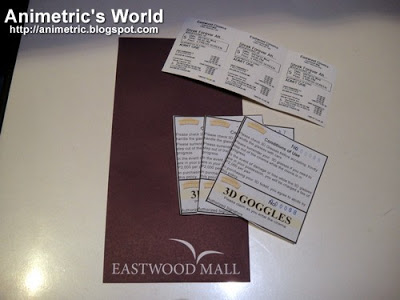 The folks over at Eastwood City were kind enough to invite my two children and I to the launch. According to Wilson Tieng, President of Solar Entertainment Corporation, we’d get to watch Shrek Forever and After ahead of everyone else since the worldwide opening day is set to May 21, 2010.

It was a pretty strict affair, we were all required to deposit our cellphones and any other devices which could record or capture anything inside the theater… thus I was unable to take photos inside. Anyhow, if you’ve watched movies at the Eastwood Mall, that is still pretty much how the theater looks like. They just started using the Christie Solaria CP2230 Digital Cinema Projector for brighter, clearer, and more vibrant film screenings — especially when the movie is in 3D like Shrek Ever After is. I liked the sturdy and comfortable-fitting 3D glasses we got to use. 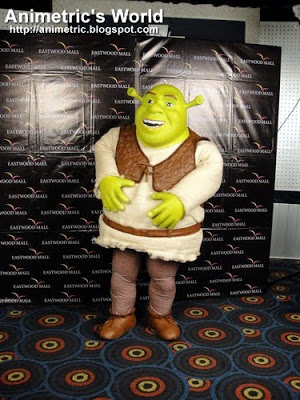 Amidst the light afternoon snacks and drinks, Shrek himself made an appearance to meet and greet all the guests. Unfortunately, my kids didn’t want their photos taken with him. My son is camera shy while my daughter is scared of mascots. 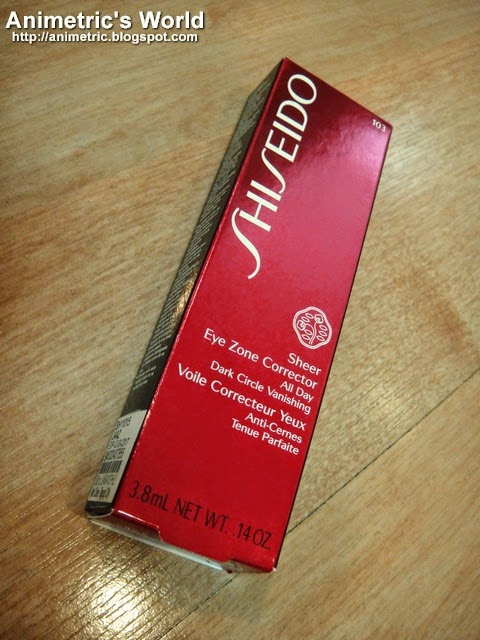