I started this week quite nicely. Last Monday, I had a hearty and delicious lunch at Choobi Choobi Restaurant, which has just opened along Panay Avenue in Quezon City. 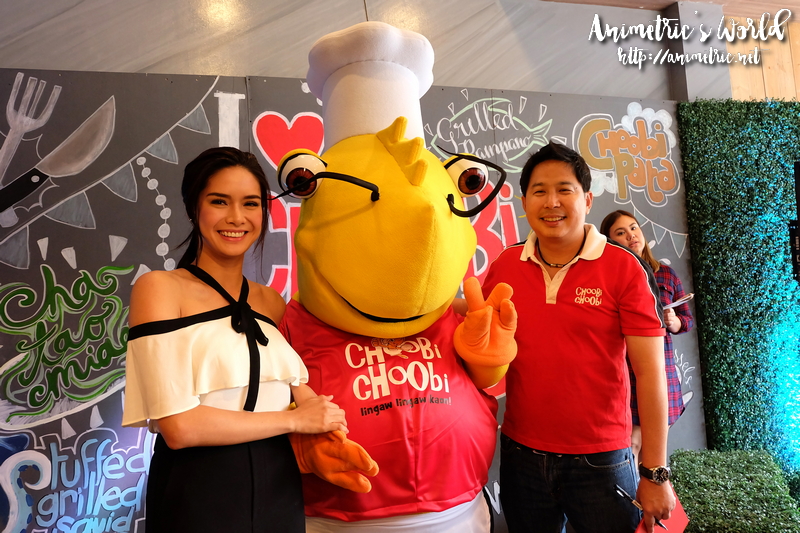 Choobi Choobi Restaurant comes all the way from Cebu and the Panay Avenue branch is their first one here in Metro Manila. To help spread the word, Choobi Choobi enlisted actress Erich Gonzales. 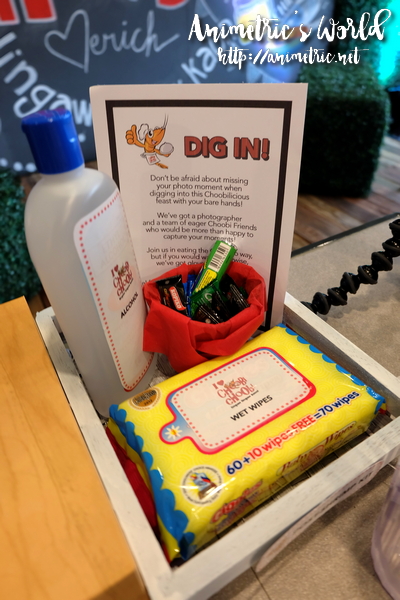 Each table had their own set of alcohol, wet wipes, and candies — just in case you prefer to use your hands to eat. 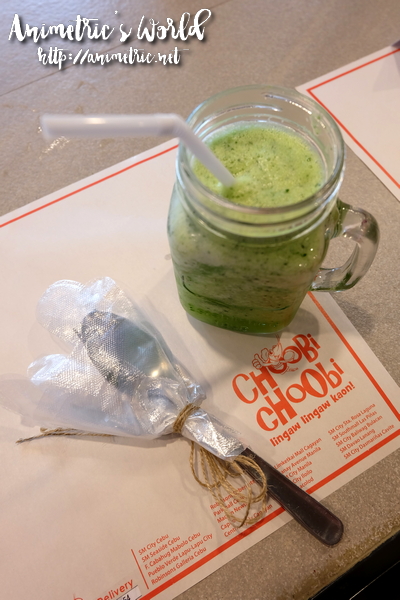 We were all given utensils and plastic gloves. I decided to cool off with their Cucumber Pineapple Shake (P140) since it was a pretty warm and sunny day. It was refreshing but I couldn’t really taste the pineapple. 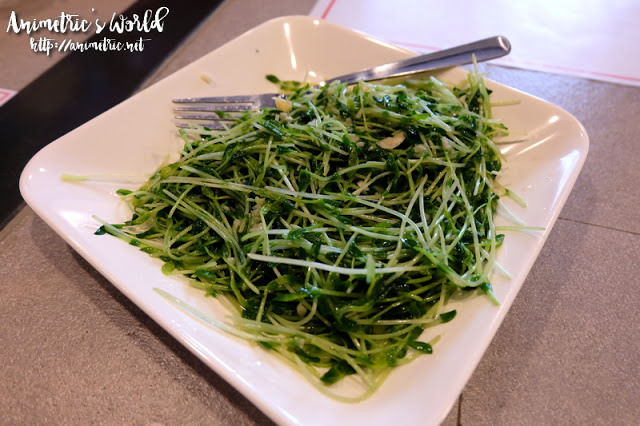 They served some Cha Tao Miao (P180) to start us off. It’s actually snowpea sprouts. It’s kinda like a combination of grass and bean sprouts in terms of taste. Don’t get me wrong, I enjoyed it because it was crisp and garlicky — just the way I like my greens. 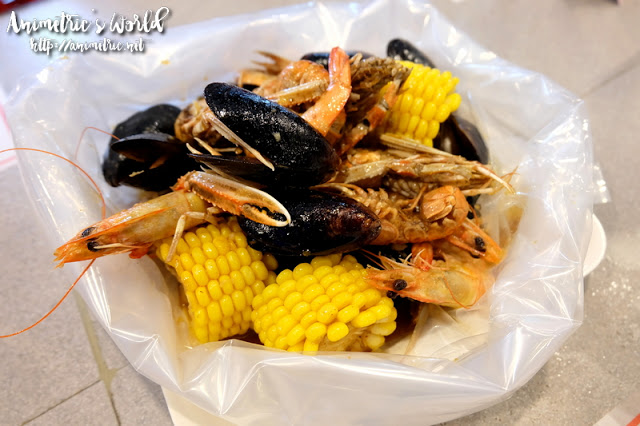 My favorite dish for the day was hands down the Seafood Barkada Bag (P645), a mix of fresh shrimp, mussels, sweet corn on the cob, and chunks of Cebu longganisa all cooked and drenched in Choobi Choobi’s original sweet cajun sauce. Take note I don’t like seafood. In fact I don’t really eat mussels or shrimp (well also because I’m allergic to shrimp) but wow, I had a lot that day. 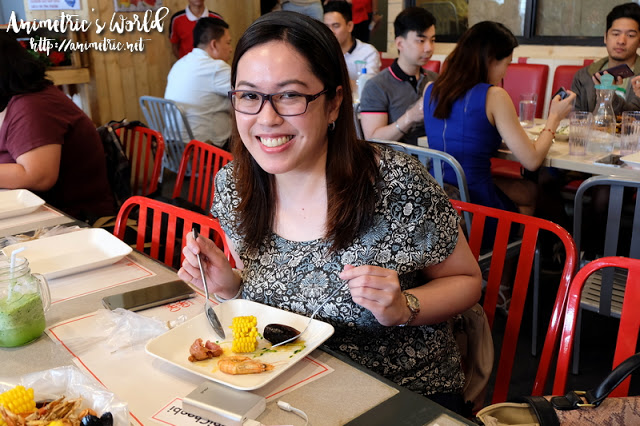 See, I did have them all lol! 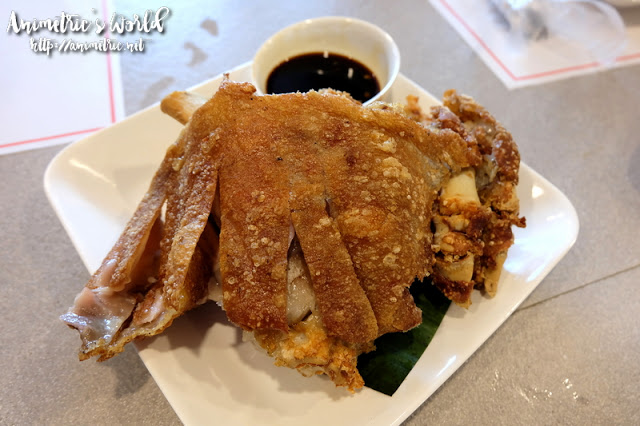 But Choobi Choobi doesn’t just serve seafood, they also have meat! We had the Choobi Pata (P445 M / P465 L). The skin is incredibly crispy, as in chicharon levels. The pork is really soft and tender, you don’t even need a knife to slice through it. 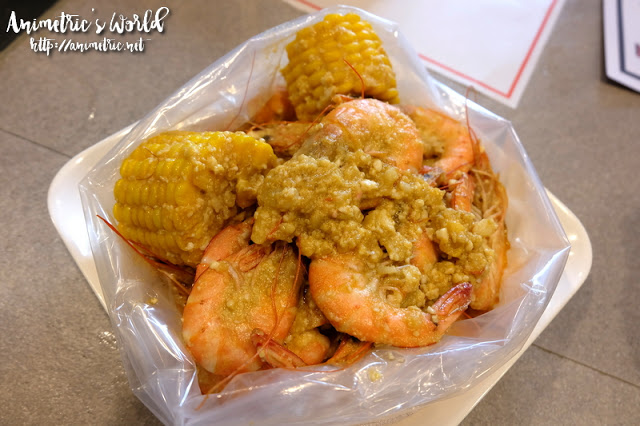 Next we had Singaporean Style Salted Egg Shrimp (P440). Whoa! It’s sooo tasty I had to really control myself as not to overindulge. If I have too much I may not make it to the other shrimp dishes because of my allergy. The salted egg paste would go so nicely with hot steamed rice and just look at how big and plump those shrimps are! 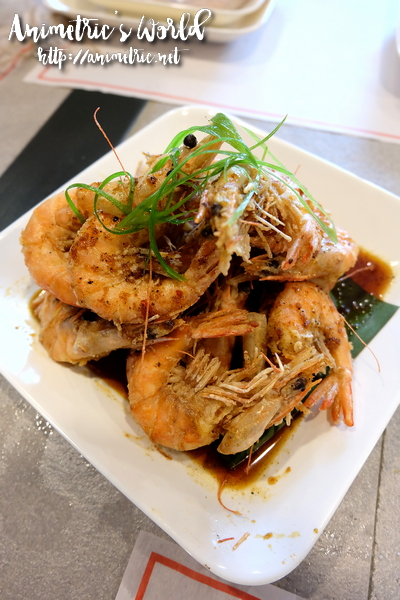 Choobi Choobi’s signature shrimp dish is however Stan’s Fried Black Pepper Shrimp (P440), named after the owner of Choobi Choobi who came up with it. The sauce is to die for. I don’t believe I’ve ever had this much yummy shrimp in my life. Each dish elicited oohs and aahs from almost everyone at the event. 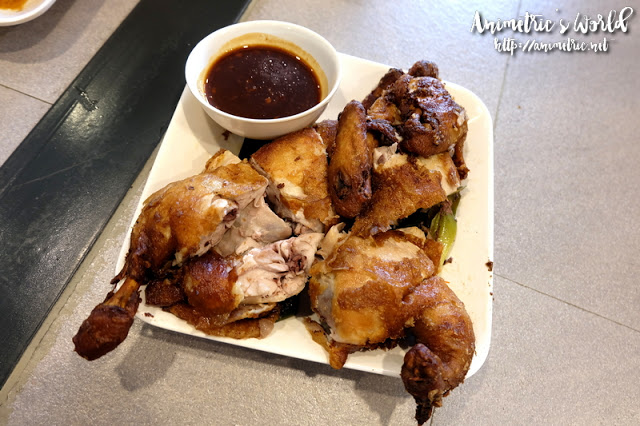 Lola Pepang’s Fried Manok Regular (P345) is a family recipe passed on for 4 generations. It is rather ordinary compared to all the other dishes which came before it but still quite good overall. The chicken is tender but I can’t eat it without the sauce which gives it taste. Sorry I’m really not into chicken haha. 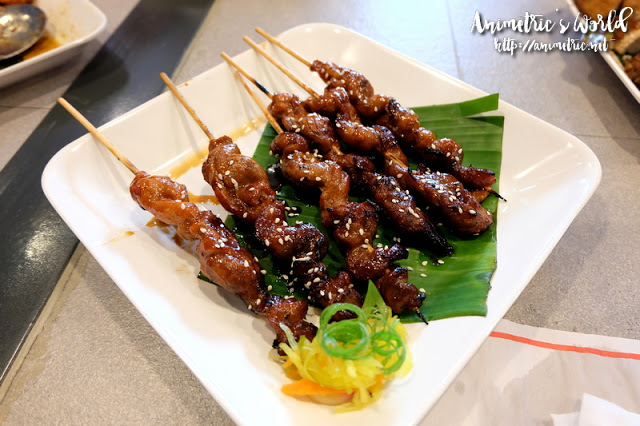 Their Pork Barbecue (P30 per stick) is pretty good too. The meat is lean and tender, the marinade both savory and sweet. 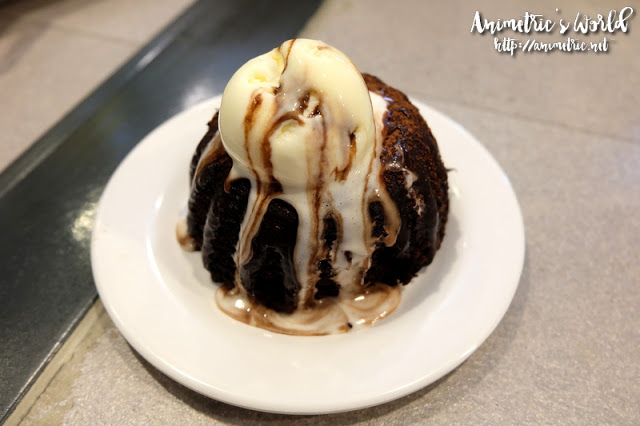 I wasn’t expecting Choobi Choobi to have desserts but they actually do have several on the menu. We were served with Choco Molten Kiss (P175) to cap off our hearty lunch. OMG. What a surprise. This cake is really decadent and chocolatey, moist, and filled with melty rich liquid chocolate. The scoop of vanilla ice cream on top complements it perfectly.

I honestly had no idea what to expect when I went to Choobi Choobi but wow, I’m already excited to go back with my hubby and kids. I’m definitely ordering the Seafood Barkada again and maybe try some of the other items on the menu. For what we’re getting, I think the prices are pretty fair. 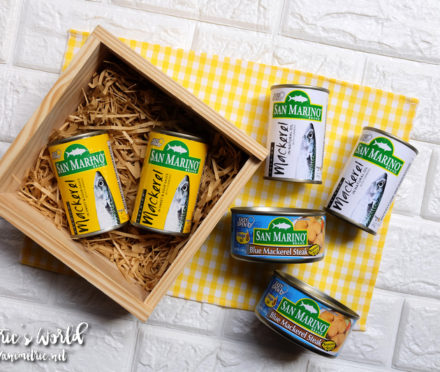 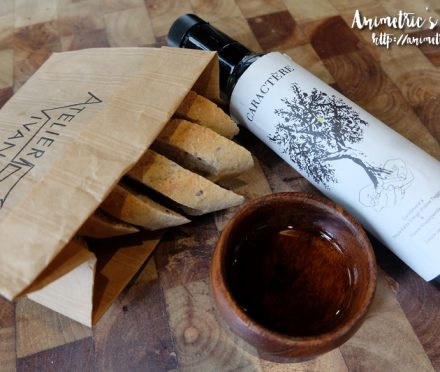 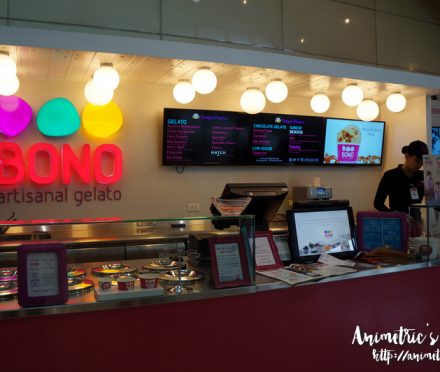 Bono Artisanal Gelato at The Podium

Leaders Insolution – a solution for every skin concern!