Some years ago, one of our neighbors was victimized by the so-called Dugu Dugu Gang. Husband and wife were out of the house. Kids were in school. Someone called their house and their helper answered the phone. The person on the other end of the line told her that her employer had figured in an accident and needed money immediately. She told the person that she didn’t have any money on hand and she was told to find items of value which they could pawn or exchange for money so that she could help her employer. The young woman was panicky at this stage so she took her boss’ computer and LCD monitor so she could drop them off somewhere in Balintawak which was the agreed rendezvous point.
After she had dropped off the computer, she went back to the house. Her employers came home some time later and well, nobody was injured and apparently the “accident” never happened. She now owed her employers money for the computer and some other valuables she had gathered which she inadvertently dropped off in Balintawak.
I am posting about this now because just this week one of my friends had a similar experience wherein their helper practically raided their house for valuables and went off to the sunset with them because of a phone call. Just this afternoon, someone called our house looking for Mrs. Lei, supposedly me. Our helper answered. This is how the conversation went:
Caller: “Hello, nandyan ba si Mrs. Lei?” (Hello, is Mrs. Lei there?)
Helper: “Wala po siya.” (She isn’t here)
Caller: “Meron bang pwede makausap dyan?” (Is there anyone I can talk to there?”)
Helper: “Wala po, ako lang ang nandito.” (No, I’m the only one here.)
Caller: “Na sa presinto ako na-aksidente yun saksakyan ni Mrs. Lei.” (I’m at the precint, Mrs. Lei had a vehicular accident.)
Helper: “Huh? Nasaan?” (Huh? Where?)
Caller: “Gusto ka niya makausap.” (She wants to talk to you.)
Helper: “Sige hihintayin ko.” (Okay I will wait.)

By this time the caller was probably getting the idea that our helper wasn’t really buying the story because she was exceptionally calm and she wasn’t the least bit hysterical at the so-called accident. The line went dead and our helper immediately called my mobile landline. She asked me where I was. I told her I was in school for my daughter’s program. Then she told me about the caller. I told her to ignore any succeeding calls and assured her I was fine and that if ever my husband or I ever got into an accident we would not call our helpers for assistance.

I consider myself very fortunate that our helper had the presence of mind to react the way she did and not go into a panicked frenzy trying to scrounge up valuables like many other helpers have done. Some go as far as forcing locked drawers and cabinets open. But then we have heard many stories like this and have relayed them to our helpers so they would be aware. This kind of modus operandi turns the helper into the criminal because in effect she does the actual stealing, not the masterminds.

Anyhow, please please be careful and do brief your helpers about what to do in case they receive a similar call. 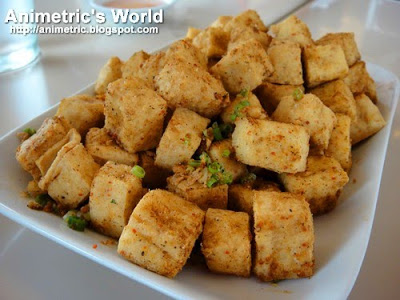