I was invited to the official launch of the Beabi Artist Edition Bag Collection last July 28, 2011 in Greenbelt 5. 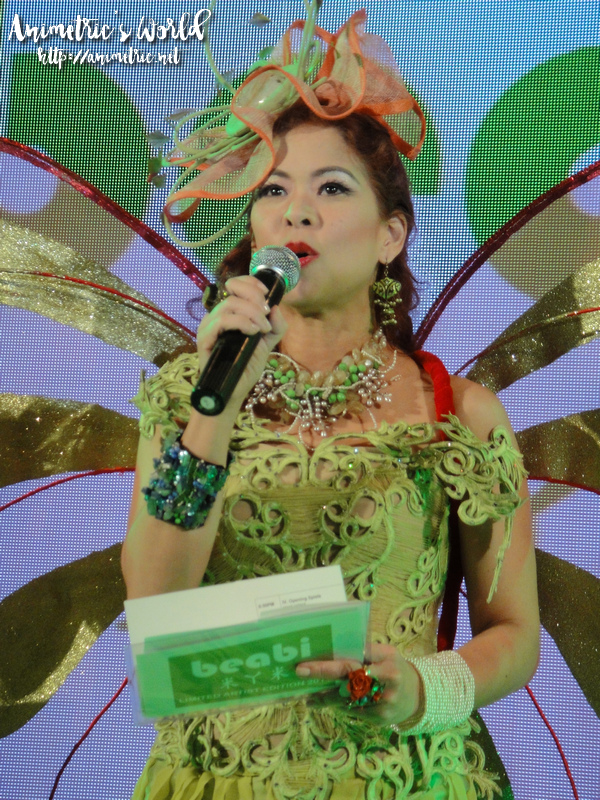 The event was hosted by my fave personality Tessa Prieto-Valdes. She was dressed up as a beautiful butterfly. I swear she’s such a darling! As always, I love the positive aura she exudes! 😀 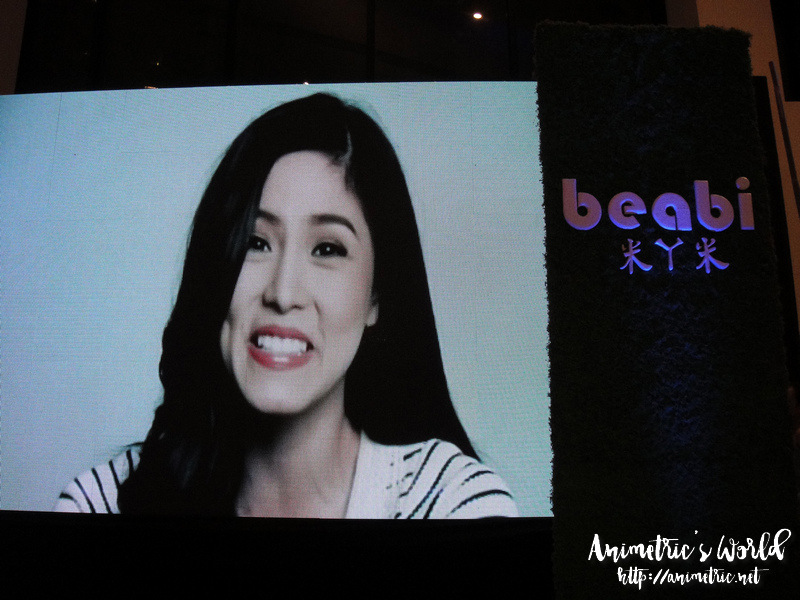 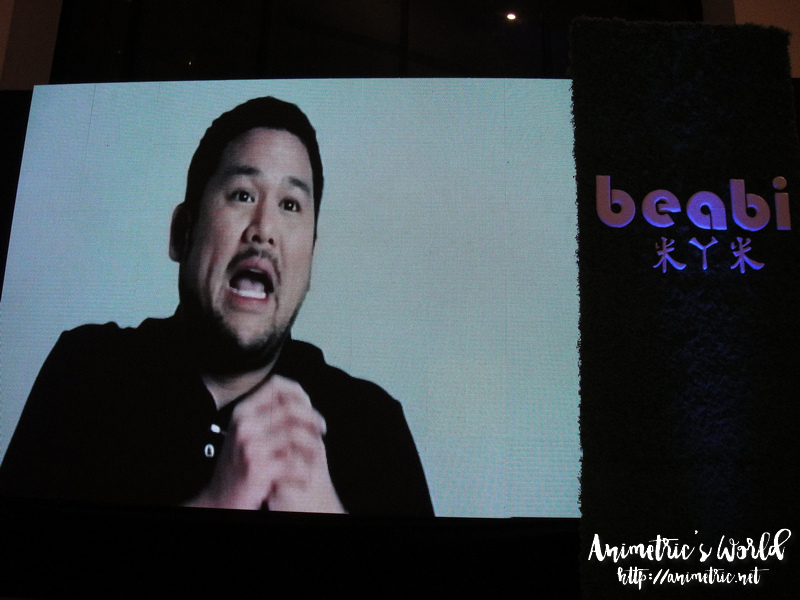 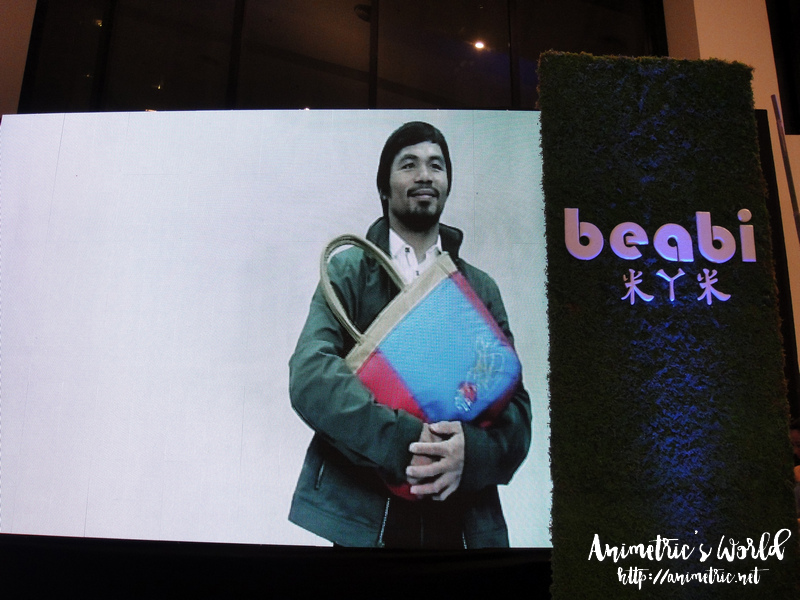 Kim, Rajo, and Manny each designed two bags. The bags come in two sizes — medium and large. The medium sized bag retails for a very reasonable P1,395 while the large bag is priced at P1,695. The large size comes with a bag organizer which can be used as a purse or cosmetic kit. 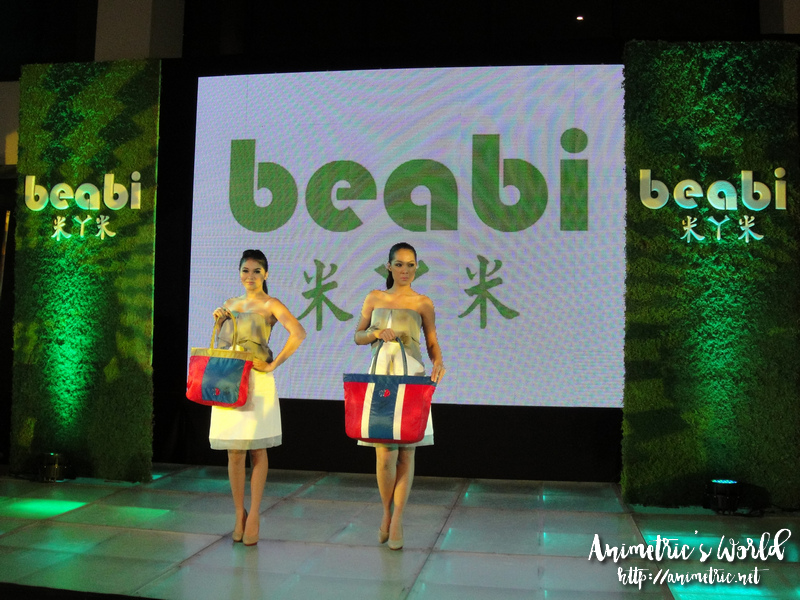 The bags were all exhibited on stage via a fashion show. The red and blue toned bags are Manny Pacquiao’s creations. 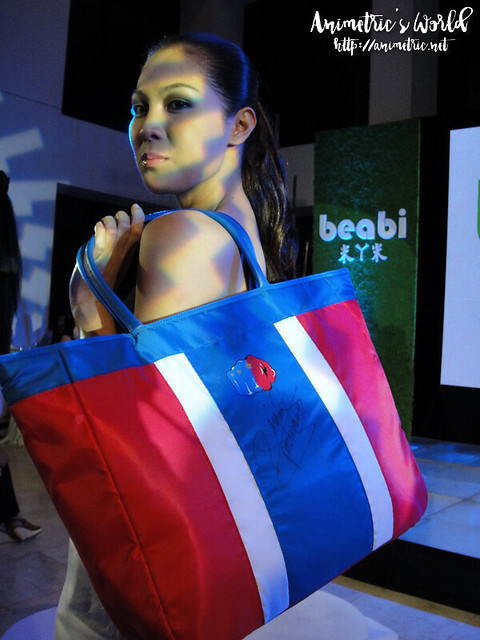 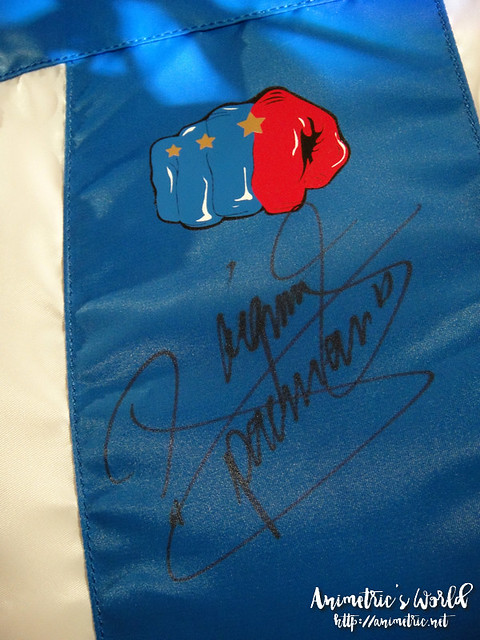 Manny’s bags feature a red and blue fist with stars that is reminiscent of the Philippine flag. The bags in the fashion show that night were special because each had been signed by the artist who designed it. Check out Manny Pacquiao’s autograph on the bag! It’s not an easy feat to get Manny to sign anything these days and so this bag is potentially worth a lot. All the signed bags were to be auctioned off to the highest bidders with half of the auction proceeds going to charity. 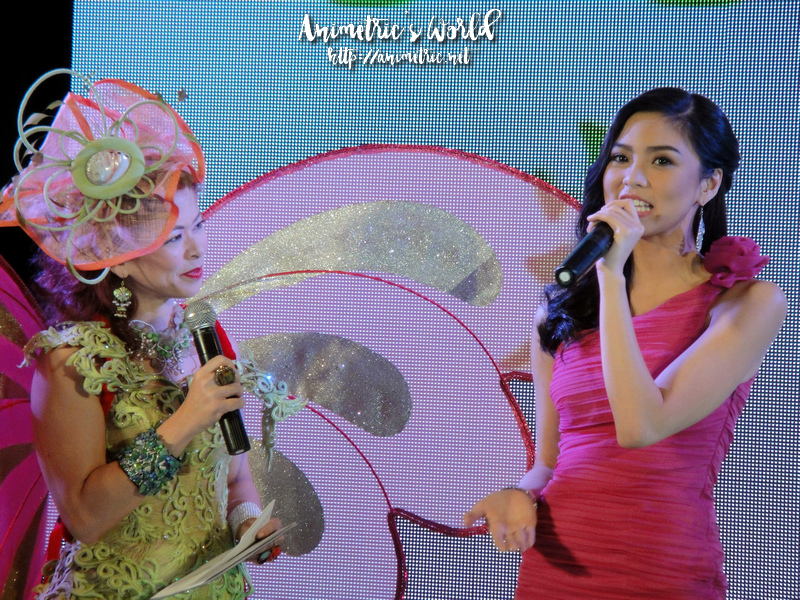 First to be auctioned off were Kim Chiu’s butterfly-themed bags. Kim admitted that she loves butterflies and the color pink. 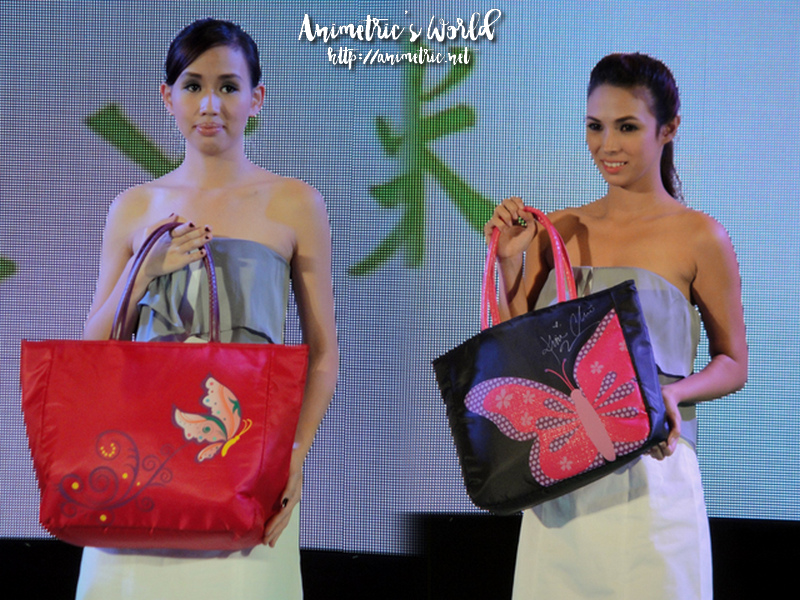 Kim’s autographed bags were auctioned off, I think the price went up to around P13,000! 🙂 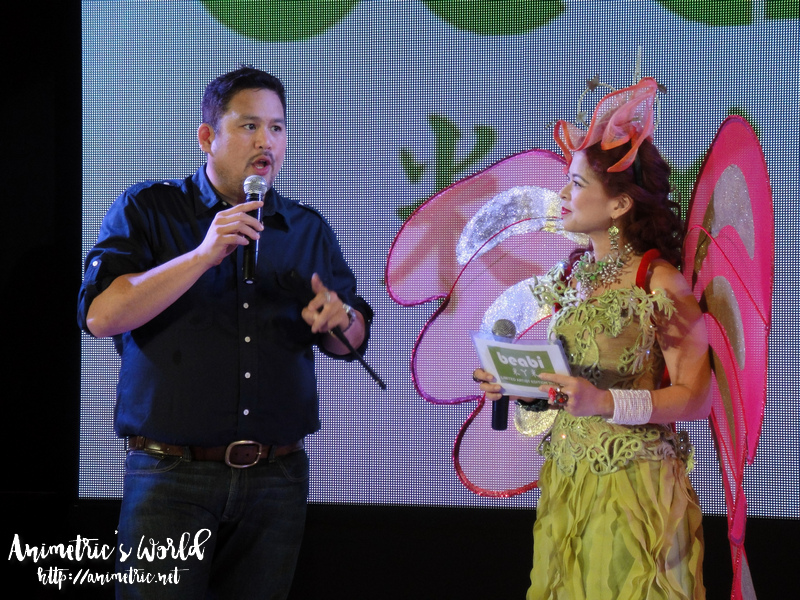 Rajo Laurel was up next. 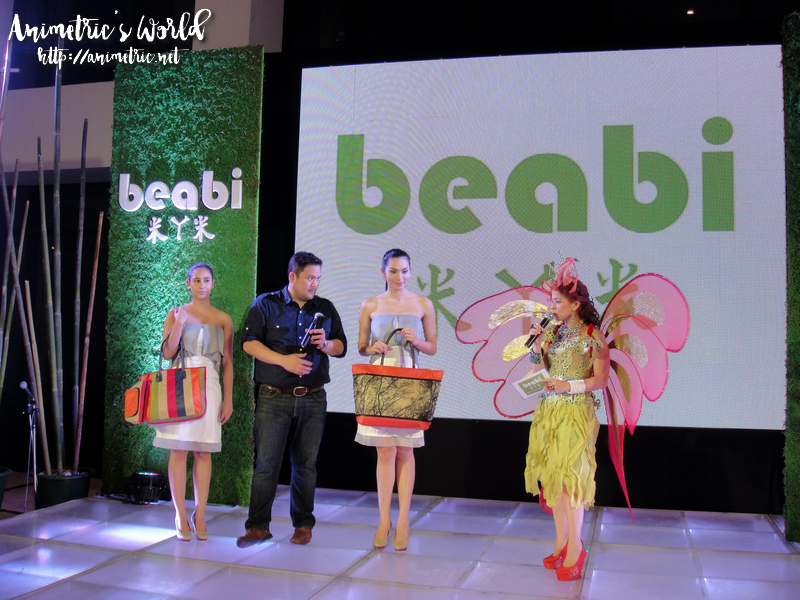 When I sat down with Rajo before the auction, he told me that his favorite bag is the one in the middle in the photo above. He used a photograph of trees which he took while travelling in London… I recall one of Rajo’s bags fetching around P18,000 in the auction. Manny Pacquiao’s bag was the last to be auctioned off and Vina Morales got it for P20,000. Unfortunately, Pacman himself could not make it to the event. 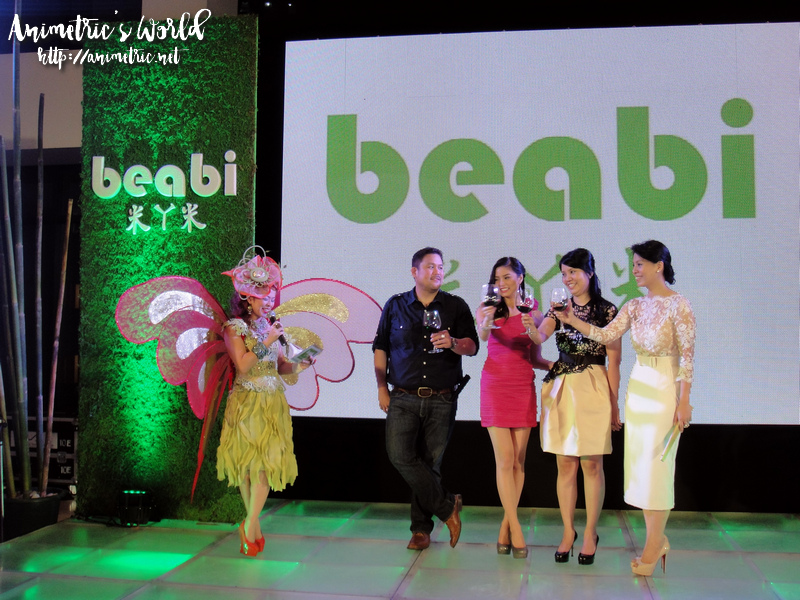 A part of the proceeds from sales of the bags will go to charities that Kim, Rajo, and Manny support — namely Bantay Bata, Bantay Kalikasan, and Pacqman Partnerships for the Poor. 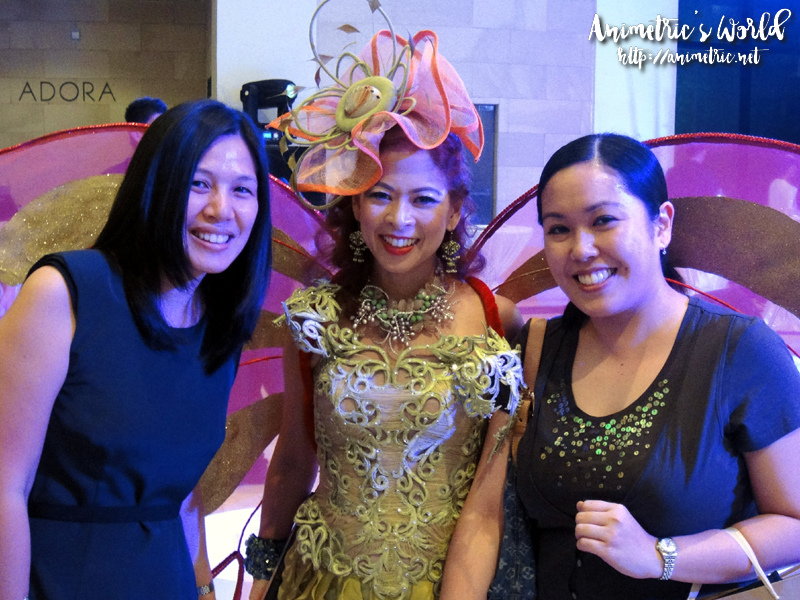 Of course I can never resist a photo opp with Tessa. 🙂

You can get these chic bags from the Beabi Artist Edition Bag Collection as well as other multi-functional items like organizers and toiletry containers at Beabi stores all over the metro:

At just a little over P1k each, I think these bags are a steal… you’ll be helping out a charity with your purchase too. 😀 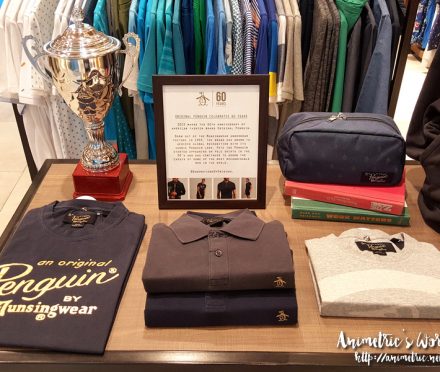 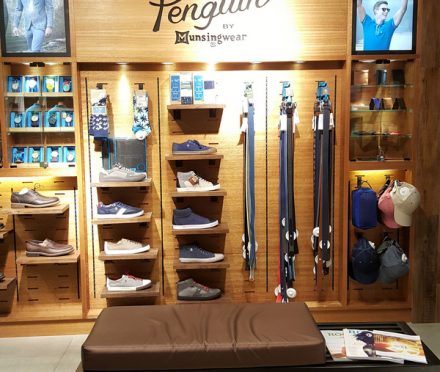 An Original Penguin by Munsingwear 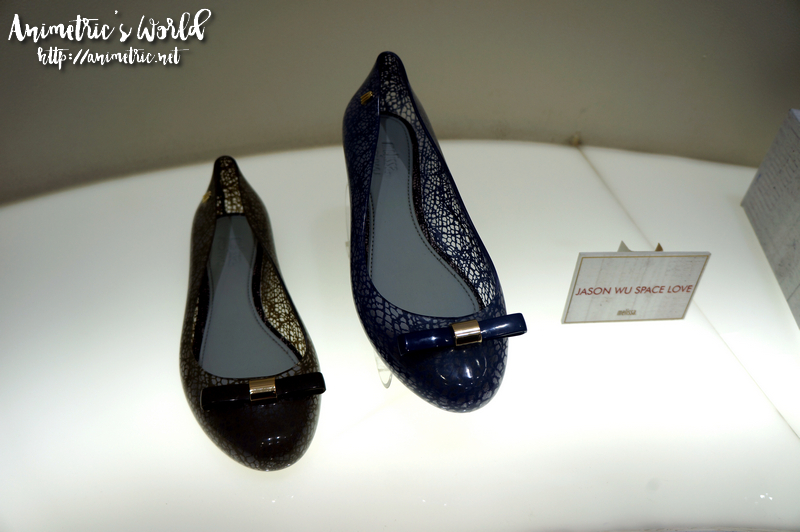