I will always remember Dads as the original buffet place. If I’m not mistaken many many years ago (I was still in school, lol) they were the first restaurant to start offering a really big eat-all-you-can spread with a wide variety of dishes. Admittedly I haven’t been to Dads in a while, the last time was back in 2010 when hubby and I availed of their merienda buffet. 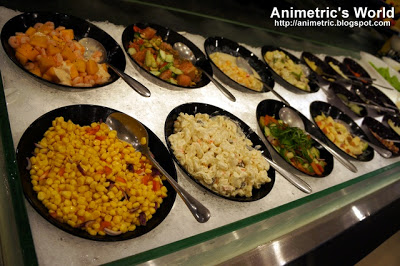 So anyway, I was invited to revisit Dads last Saturday. It’s mainly because Dads in SM Megamall has been transformed into Dads World Buffets. So far this is the only branch to undergo the change although the target is to eventually overhaul Dads in Glorietta too. I was so overwhelmed with all the food I decided to check out the salad bar first. There were over a dozen kinds of ready made salad plus there’s a section where you can assemble your own. 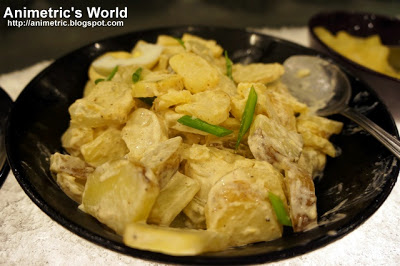 Potato Salad is something I could never resist. 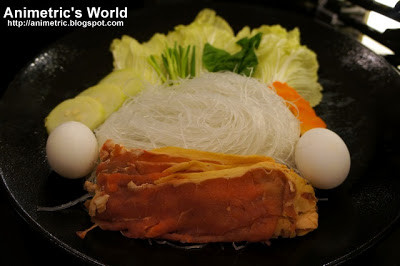 Since Saisaki is Dads’ sister restaurant, there’s an extensive Japanese selection. You can make your own sukiyaki or ramen. 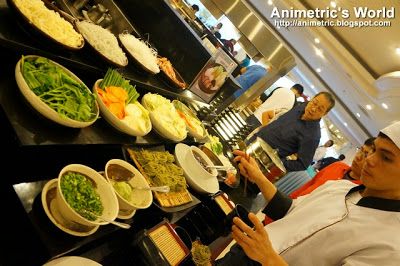 There’s a guy permanently stationed there to help you with your Japanese noodle creation. 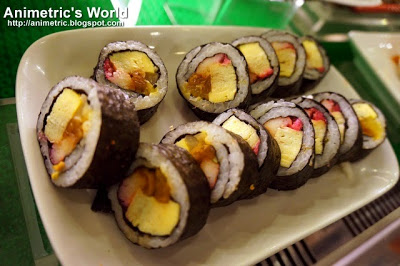 There were well over a dozen varieties of sushi and sashimi! 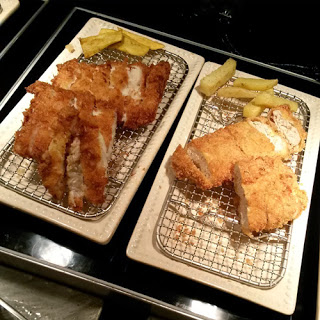 There were all kinds of katsu and tempura for the taking. 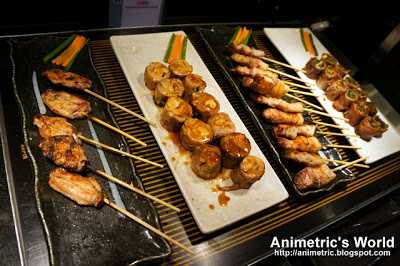 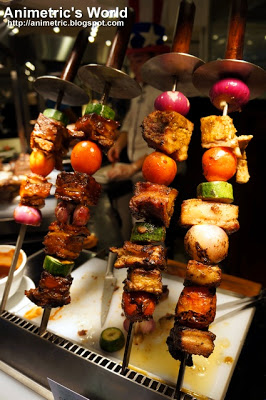 They weren’t kidding when they said world buffet… even Brazil is represented by this Churrasco section. 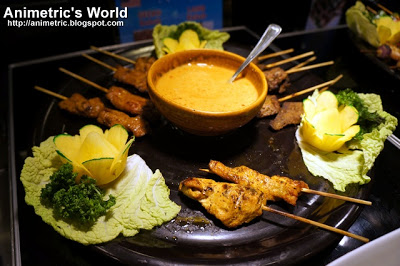 If you love barbecue this would be heaven because they have chicken, pork, and beef satay as well. 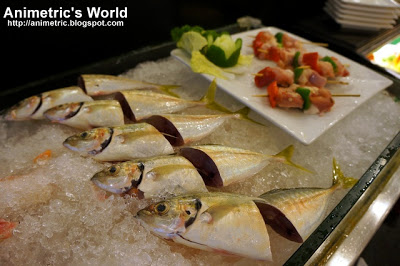 There are fresh seafood and meat for grilling. 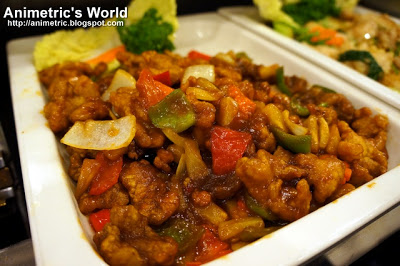 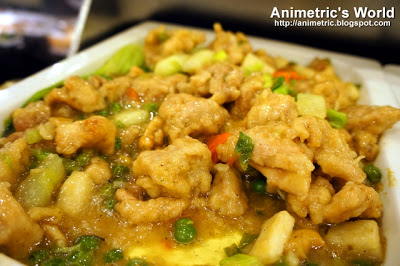 …Fish Fillet Steamed with Garlic and Soy Sauce, as well as other dishes like Yang Chow Fried Rice and Shrimp Hot Salad. 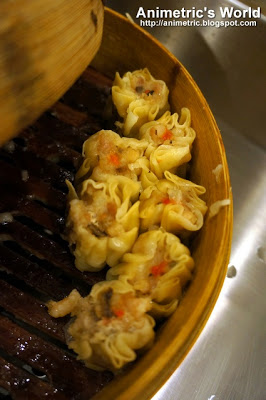 There are over 20 Chinese dishes which include several kinds of Dimsum such as this Pork and Shrimp Siomai. 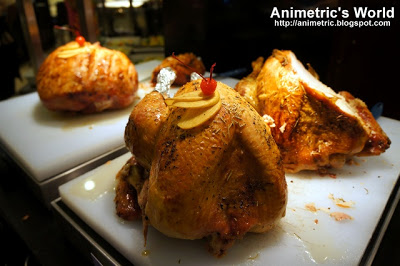 The Carving Station offers US Roast Beef, US Roast Turkey, Dads Ham, and New Zealand Leg of Lamb. I liked Dads Ham best because it reminded me of the honey-baked ham my mom would buy when we’re in the US. 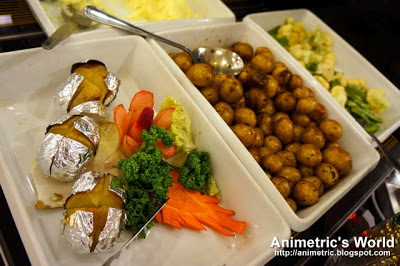 There’s baked potatoes, roasted baby potatoes, mashed potatoes, and an assortment of veggies to go with your meats from the Carving Station. 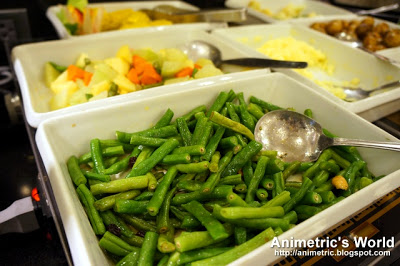 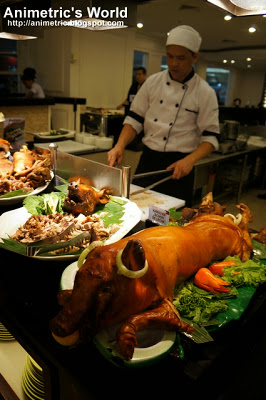 As if the roasts weren’t enough to satisfy a carnivore’s craving, Dads World Buffet throws in a station dedicated to lechon. Kamayan is after all their sister restaurant just like Saisaki. 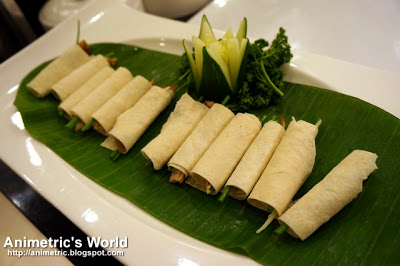 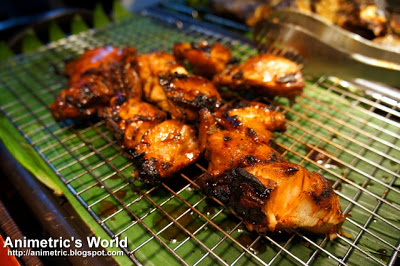 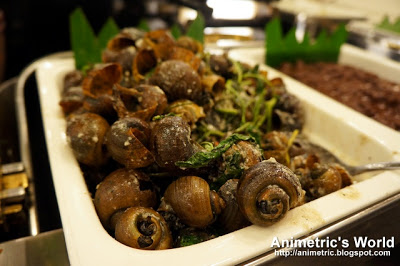 If you have an appetite for the exotic, there’s Kuhol Sa Gata… in French, Escargot. I’m not adventurous with food so I skipped this. 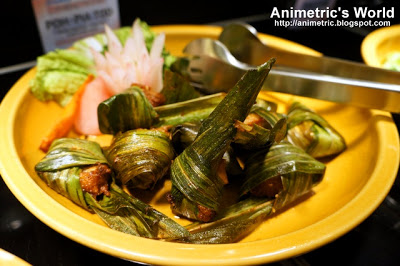 What do you know, they have a Thai section with Chicken Pandan and several other Thai dishes. 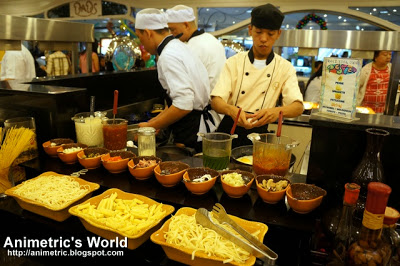 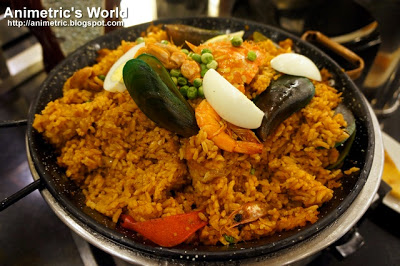 Paella! By now I felt I was just walking around and taking all the food in with my eyes. Seriously, I didn’t know what to get anymore. 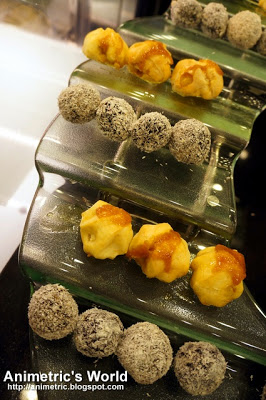 They have table after table of desserts, including an ice cream scooping station and a halo-halo station. Cookies, cakes, pudding, and even kakanin are all there. As always, I got my favorite Puto Bumbong. 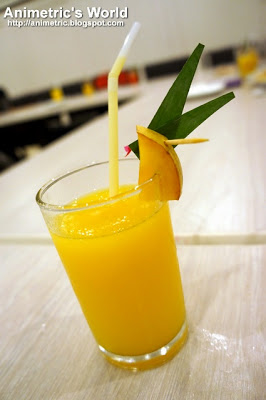 Dads World Buffet is not only eat-all-you-can, it’s drink-all-you-can. They offer bottomless fresh fruit shakes and juices as well as sodas and iced tea. The waiters will get your drink order and bring it to your table so you don’t have to lug it around while getting food.

Wow, even if I wanted to there’s no way I could feature even a third of the food Dads World Buffet offers. It’s basically a combination of Saisaki (Japanese) and Kamayan (Filipino), plus specialties from China, Singapore, Thailand, Malaysia, Vietnam, Indonesia, Brazil, Spain, US, Mexico, Morocco, India, Italy, and Greece. There are over a hundred dishes laid out for you to try.

Dads fills up really fast so I suggest going there as soon as the buffet opens at 11am if you’re aiming for lunch. Dinner starts at 6pm while the Merienda buffet is from 3pm-5pm.

Dads buffet rates are as follows:

*Diners 70 years old and above get 50% off the buffet rates, just present a valid ID. Children below 3 ft. eat for free. Other kids will be charged according to height, they have a chart you can use at the venue. Those above 4 ft. tall are considered adults. 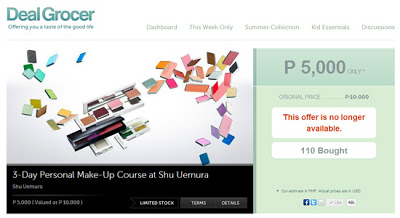 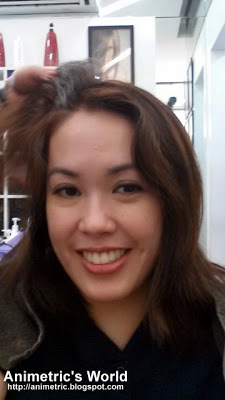 Oishi Smart C for your daily dose of Vitamin C!