Last January 21, I received an email from Nick Asia. Since I’m on their mailing list for the sake of my kids, I wasn’t really surprised. But there was something different about this particular email, it was signed by a specific person from Nickelodeon’s marketing department (normally it’s just a generic Nick Asia email). There was also a note asking if it was okay to “blast” the contest below:

I get many requests to promote stuff on my blog. Whether I oblige or not depends if I feel it is worth the space and effort, plus it’s also very important that I actually like or approve of the product, brand, or establishment. Of course, I also consider if it’s of interest to my readers.

The above contest was something I was sure my mommy readers would appreciate finding out about. It was very simple after all — just email and then you get a chance to win a Spongebob gift pack from Nick which would then be shipped to you. Very nice, right?
Anyways, back in 2008, my son joined Nickelodeon’s Spongebob-themed Christmas contest below:

The deal was, if your photo was chosen to appear on TV, you would win a Spongebob gift pack. Well, my son’s photo did make it on TV. His classmates saw it, our relatives saw it, it caused quite a stir at home. But the thing was, he was never awarded the prizes. I tried contacting Nickelodeon. I was able to get a phone number but I was passed around until this woman told me there were really no prizes for the said promo. But that was impossible. I had friends whose kids joined and won and they got their prizes shipped to them. Eventually I got tired of trying to follow up so I just let it go. But we never participated in a Nick contest again. It was too disappointing for my kids.

So I emailed the person back and told her that unfortunately, I cannot promote the said contest because of my children’s experience with a Nick contest and a Nick event — yes, in 2009 we gave Nick another chance and attended an event. It was very disappointing also and I actually posted about it here – http://www.animetric.net/2009/12/nickelodeon-wishology-at-sm-mall-of-asia.html. I would not want to risk having my readers’ children go through the same experience so I had to refuse.

She emailed back and thanked me for sharing what we had experienced. She also assured me that they take feedback very seriously and that they would try their best to avoid such situations in the future. She also offered to send the kids a small token from Nick. I was impressed that Nickelodeon would still address an issue from 2008 and 2009. I told her that although my kids were no longer participating in contests, promos, and events, they were still tuning in to Nick because they really love Spongebob.

We received a package from Nickelodeon via LBC today. It contained this:

My kids were both very happy when they opened the package. Truly unexpected! By small token I thought they’d be getting the usual Nick merchandise like shirts, lanyards, and eco bags which are already pretty cool but this was a really nice surprise. 🙂

All I want to say now is thank you, Nickelodeon. I didn’t think Nick would bother to address an issue that’s 1-2 years old already but they did! I hope that my kids will have a better experience next time there’s a promo or event.

Handling my kids’ school stuff then and now 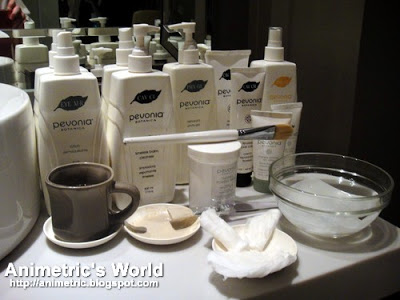 Frozen Swirl at The Coffee Bean and Tea Leaf