I went home to a Krispy Kreme box a little over a week ago. It was spot on because I had just picked up the kids from school and it was time for merienda.

At this point, I knew their latest offering was the Teenage Mutant Ninja Turtles-themed doughnuts.

Ooooh! Instead of ninja turtles, I was greeted by chocolates! It was actually a box of Krispy Kreme’s Limited Edition Cadbury Doughnuts! We were all very excited because we really love the incredibly rich and creamy Cadbury Dairy Milk chocolates. There are four doughnuts in KK’s Cadbury series:

All the Cadbury doughnuts use unglazed chocolate doughnuts as the base (they just differ in terms of toppings) so they’re surprisingly not overly sweet. The most awesome thing about KK donuts is how they’re as soft as the day you bought them after 8-10 seconds in the microwave oven. Other donuts become harder as the days go by and no amount of toasting and microwaving can make them good. But KK? I actually tried microwaving a 4 day old donut and it still came out soft, nice, and fresh. 😀

Anyhow, the Krispy Kreme Cadbury Doughnuts cost P45 a piece / P395 per dozen (even if mixed with other donut variants). They’re available at all KK stores nationwide for a limited time. Log on to http://www.krispykreme.com.ph to find the store nearest you. 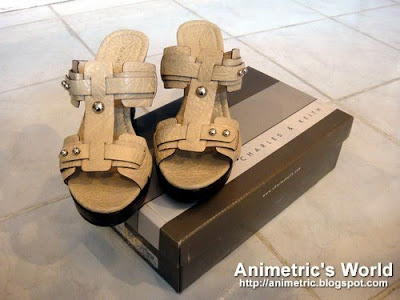 Heroine Make now in the Philippines!