I’ve always been an avid milk drinker ever since I was a child. I don’t know… I just like the taste. Didn’t even matter if it was cow’s milk, soya milk, or whatever type of milk, as long as it’s milk… 🙂

Last Jan. 18, 2011, I was invited to Anlene’s advocacy event at New World Hotel. It’s for their ongoing campaign against Osteoporosis, a bone disease which can lead to fracture. There was free-flowing Anlene of course. 🙂

I was immediately ushered in for a free bone scan to check my risk factor for Osteoporosis. I had one several years ago and I got very good results. I attribute it to my love for milk.

I placed my right foot in the middle of this contraption. It works like a blood pressure gauge, the rubber cushion around my ankles gradually tightened…

…and I could see an image of my bones as various parameters were measured.

I was still low risk, but my results are not as good as before… I used to be even more low risk as I was located at the most positive part of the spectrum. I guess this is because I’ve been drinking coffee instead of milk in the morning for a while now. I should probably start drinking more milk again.

After the bone scan, we were invited to partake of a high calcium lunch. This is a photo of one of the desserts made out of Anlene milk — Creme Brulee!

After a leisurely lunch, we proceeded with the program which was hosted by Karen Davila. Karen told us that she once did a feature on Osteoporosis for the TV program The Correspondents, and she revealed that it’s really a debilitating disease. People with Osteoporosis who would fall are most likely never able to get back up again, forced to spend the rest of their lives immobile. Sad to say, women are at a higher risk for Osteoporosis… and bones start to break down as early as 25 years old.

Senator Pia Cayetano was revealed to be Anlene’s official spokesperson. She has always be known to be a very health-conscious person. She leads a very active lifestyle, in fact she told us that her favorite sporting activity is the Ironman Triathlon which involves swimming, running, and cycling for miles and miles. O_O

I was very impressed though — she’s 44 and she looks sooo good! She said that her favorite accessory is her lunch box because she’s very conscious of what she eats. She makes it a point to bring her own food most of the time. She also exercises regularly… that’s actually an understatement since she’s actually a triathlete!

Guests were handed these small Anlene Concentrate tetra packs throughout the event. You can finish one in 3-4 big sips so it’s highly recommended especially for those who don’t like milk.

Anlene Concentrate is formulated with nano-calcium, so one tiny pack like this contains a full 650mg of calcium per serving. It’s really the easiest and most convenient way to get your calcium fix. Getting enough calcium is essential for strong bones and the prevention of Osteoporosis.

One of the doctors at the event explained that drinking milk is like banking calcium in your bones. If you grew up drinking lots of milk like I did, you would’ve been “saving up” for the future of your bones since you start to lose bone at age 25. I guess I saved a lot since I’m already 36 and I’m still low risk. 🙂

Senator Pia Cayetano said next time she’ll try mixing Anlene with her coffee instead of regular milk. Interesting idea — I think I’ll try that too! 😀 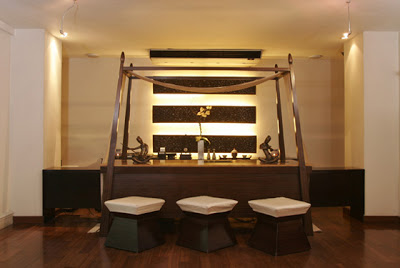 The Spa Reflexology for P550! 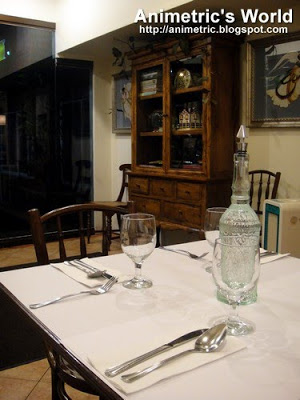 A delicious dinner at Angel’s Kitchen

110 years of reliability with Eveready!